Major League Soccer has dipped their pen into the summer transfer market by signing two record holding players. Both players appeared in the 2010 FIFA World Cup tournament in South Africa. 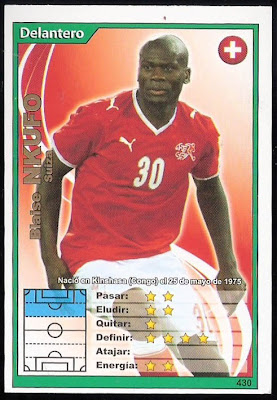 Switzerland's Blaise Nkufo (above), who actually signed for the Seattle Sounders before the World Cup, comes to America as the all-time goal scorer for FC Twente of the Dutch League. (114 goals in 223 appearences) He should be a good addition as the possibility of Freddy Ljungberg leaving are near. 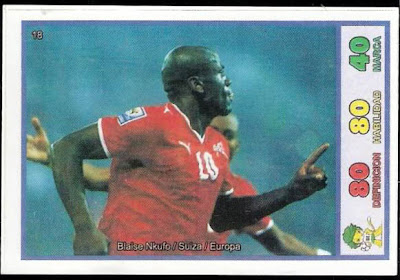 The rumors came true as France's World Cup dream turned into a nightmare ... but that should not tarnish the illustrious career of former Barcelona striker Thierry Henry who heads to New York. A big NBA fan and friend of both Stve Nash and Tony Parker. 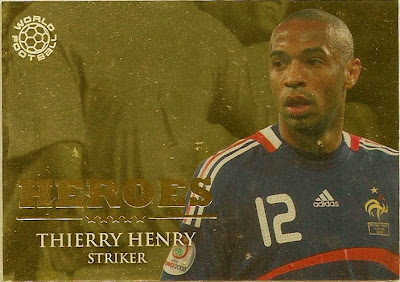 Before moving to the Spanish giants, Henry set the scoring record at Arsenal (174 goals in 254 appearences). Although his controversial handball eliminated Ireland from qualifying for South Africa, he will be best remembered as a back-to-back winner of both the World Cup in 1998 and the European Cup in 2000 with France.
Nkufo is coming to a struggling Seattle side who are experiencing the sophmore jinx. Meanwhile, Henry joins the New York Red Bull who are thriving in the new arena and under new manager Hans Backe.
Let's hope that both enjoy their careers in MLS and feature on a few nice trading cards during their stay.
Posted by Chuck's Used Cards at 8:40 AM