A Great One Retires and The King Turns 70 !

One of the true legends of Major League Soccer has hung up his boots ... 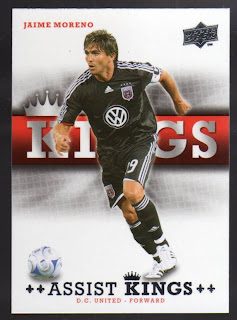 DC UNITED star JAIME MORENO retired at the end of the regular season. He not only ends as the all-time goal scorer with 132 tallies, but is still the only player in MLS to record 100 goals and 100 assists. He scored a goal in his final game to remain the all-time leader.
Here are just some of his career magical highlights ...
Moreno is not the only star leaving the soccer fields - U.S. International and American star BRIAN MCBRIDE played his last match for the CHICAGO FIRE. 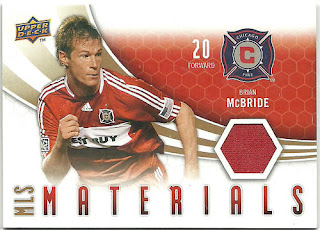 McBride, like Moreno, spent time in the English Premier League with Preston, Everton and Fulham. He finished his last MLS game with a goal of impecable style.
Both these players will be missed for their leadership and class.
The greatest of the greats - PELE celebrated his 70th birthday this week. Known all over the world, the current President of the NEW YORK COSMOS is the most recognized athlete on the planet. His cards are still in demand and you can be sure that any of his stuff is money in the bank. 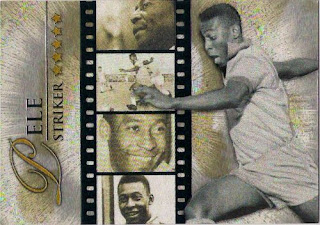