Not since 1979 has the Topps Chewing Gum Company made soccer product for the American market. Even then, it was just team logos from the old North American soccer League (NASL).
As I have been one of the strongest critiques of Upper Deck and their MLS soccer issues, I am glad to see someone else have a stab at it. (That will teach UD to ignore my ideas) - Bye-bye.
The samples released for the base set are not a huge leap from Upper Deck's hum-drum (see boring) random action photos. But I'll give them some leeway for taking on the task. 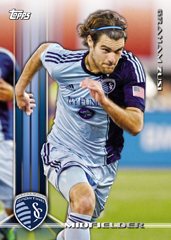 Yes, Topps will employ all the gimmicks it uses with its baseball products - base cards, jerseys, autographs, numbered and throwbackcards. However, it is a step in the right direction for the long standing collectors. Nostalgia was a large missing element in UD issues.
So it was with joy that I saw throwback styles of past Topps soccer cards. These limited inserts that worked so well with their hockey sets - are the design from the 1978 English Soccer set. 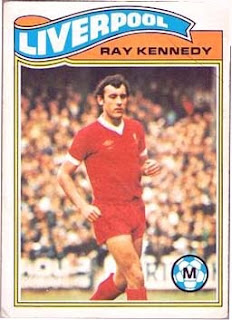 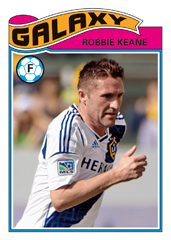 2013 Topps throwback MLS card
Topps has already surpassed UD in recognizing club rivalry as a mainstay to the sport. And no derby is as heated as the Northwest battle between Portland and Seattle. 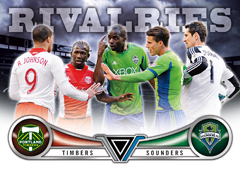 A rather timid scene in the Battle of Cascadia
The jersey cards will be making their dreaded return. No matter how you design them, someone has to make a more interesting artifact to put into these cards. How about the goal nets or corner flags from the MLS Cup Final ? How about player shoes or goal keeper gloves ? 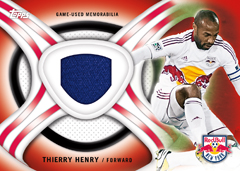 Another swatch of ... cheap cloth
To me, the cards which some Americans call minis, are actually the original size - cigarette cards - that began well over 100 years ago. So the subset of these cards will be on my collecting list.

There is a nice bunch of rookie cards in this years set. At least Topps is paying attention to young talent besides just draft picks.
I have a few more ideas that Topps can use to make their sets stand out. I will be exhibiting them with some custom samples.
Stay tuned !

those are pretty darn cool.

if only I had the least bit of interest in the MSL...

Well, it MLS (not MSL), but I totally understand. Any city that does not have MLS is far better off following The English Premier League or Bundesliga.

However, I have to say that Canada has embraced the MLS in a big way - and Toronto, Montreal and Vancouver support their clubs big time.

MLS took our teams away in Florida, so EPL is of greater interest. But if these start selling at my local store, I'll be buying them.

I need your email addy...