When Brazil play Croatia today (ESPN 4 PM EST) it will continue one of the longest consecutive runs in international sports. See, for many people in the world, football / futbol/ soccer is a religion.
For Brazil, th ONLY nation to play in EVERY FIFA World Cup, it is more important than life or death. 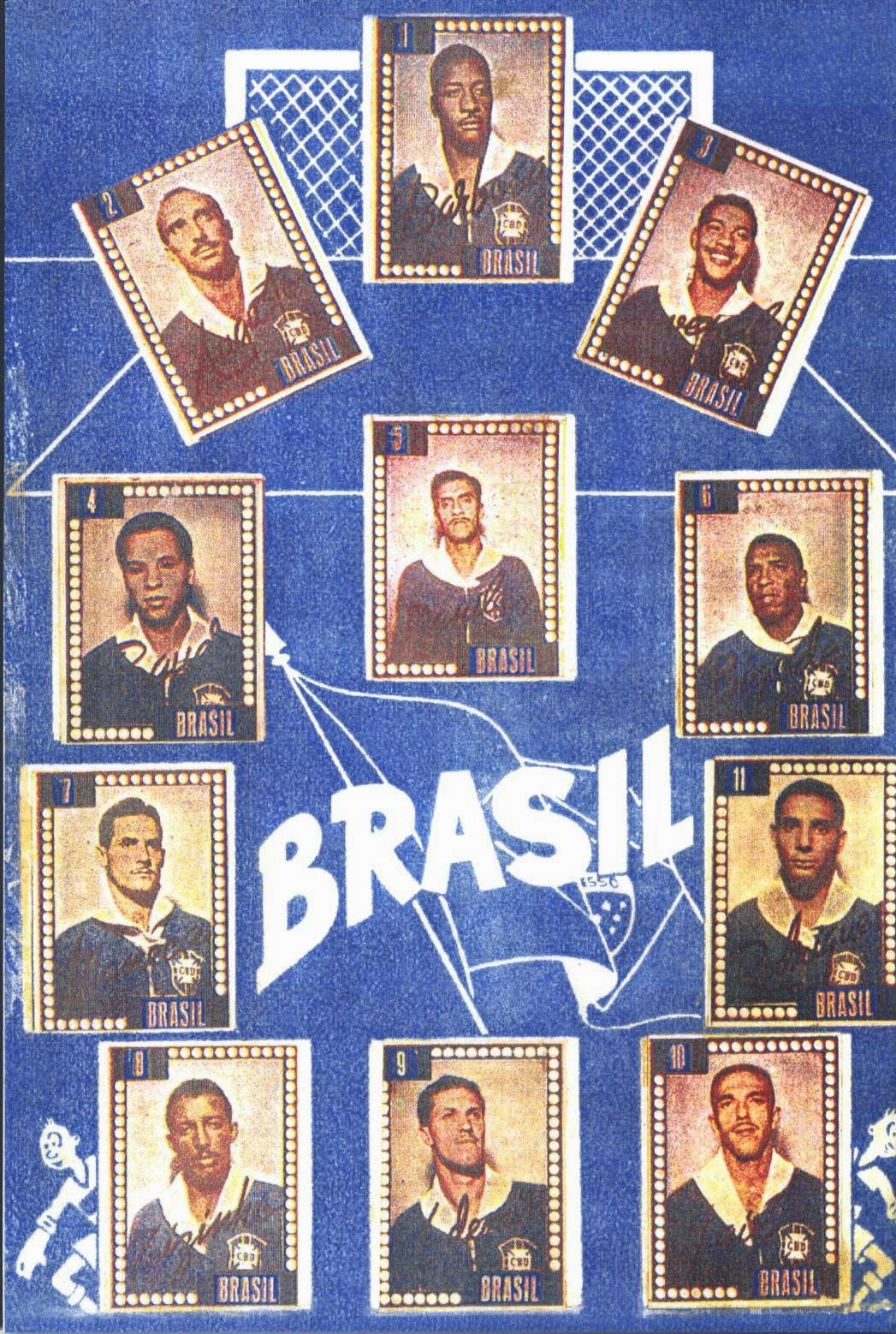 1950 Brazil Team that ended in tragedy
Brazil hosted the World Cup in 1950 only to lose to Uruguay in the final. It was a national tragedy still know as "Maracanazo", named for the 200,000 seat stadium where the loss took place.
The rest, as they say, is history. The nation rebounded to win 5 World Cup titles, three of which were won with PELE'. The great Pele was 8 years old when he saw his father weep from the Maracanazo incident. He promised his father he would win the World Cup for Brazil. (Could there be a better father's Day gift ?)
Pele has appeared on more soccer cards and stickers than any other player in history. To my count, in excess of 3,000 imaged collectables. 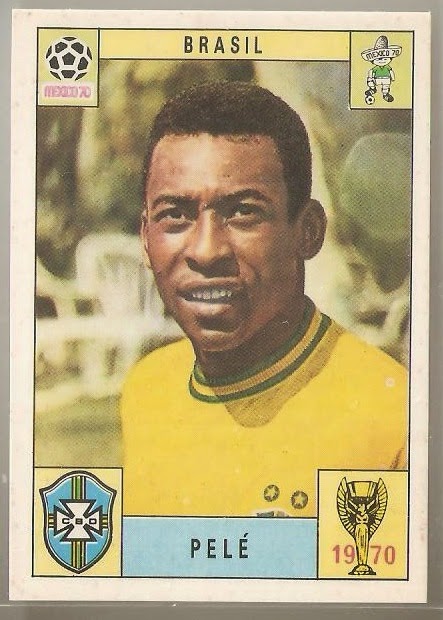 1970 Panini World Cup - Pele
He has been featured in no less than 4 sets already in 2014 - 44 years after his last World Cup. That's star power.
For over the next 30 days, the planet will not care about much else but the World Cup and finishing their Panini sticker collection. I can live with that.