Every card collector should have - the wish list and an ambition to complete a run, a set or a mastery of any given subject. Mine desire just happens to be acquiring a period of pre-war soccer cards. And my goal is lofty and if not impossible - a great challenge to do so. 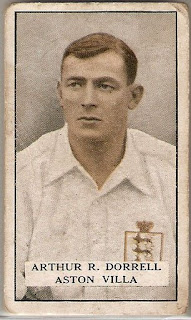 You see, I wish to own one soccer card of every great pre-war goal keeper from as many clubs and countries as possible . One of my favorite sets are the GALLAHER'S CIGARETTES series which were release in 1925, 1926 and 1928 - in the green, brown and red series respectively.


The significance of these sets were of course that they not only contained English and Scottish players but the rarest of Irish club teams as well. 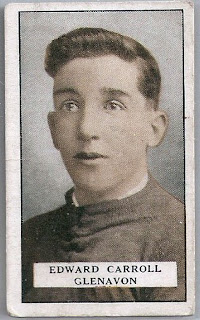 Recently, I acquired about a dozen more players including 3 more goalies - 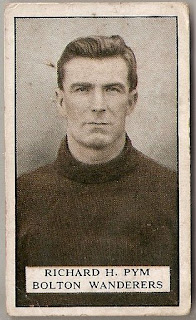 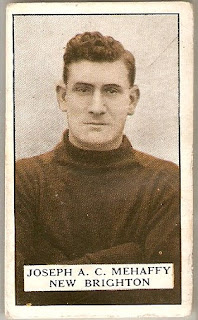 Joe "Bert" MeHaffy played for New Brighton - a club that never played higher than the 3rd division in England. So this is one of the few cards of a goalkeeper from the club. He was one of four brothers to play prodfessional soccer in Ireland. Bert earned one cap for IRELAND in 1922. 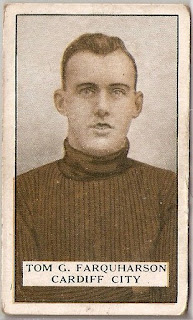 Tom Farquharson was a pioneer of the position. He was originally from Ireland but landed in the English top league with Welsh club - Cardiff City. He made history when Cardiff became the one and still the only non-English team to win the F.A. Cup - beating Arsenal in 1927. He played a record 445 times for the club. An expert Penalty Kick stopper, he moved alround the goal line until the kick was made. In 1929 the laws were revised to keep the goalie on the line until the kicker touches the ball. Tom played goal 7 times for IRELAND. 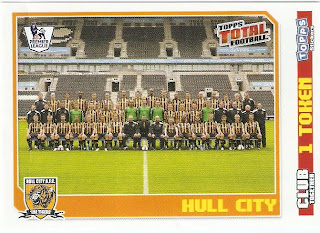 Since it has been a while since posting a blog on team cards, I was pleased to see TOPPS return to using them in regular issues - like these 2008-2009 Topps Total Football sets. 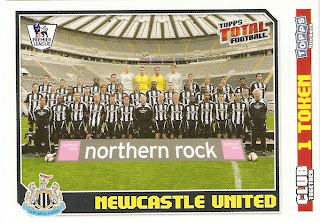 I've never collected soccer cards but those are great!