It may be hard to believe, but their is some envy over soccer cards made in the U.S.A. - To clearly understand, one needs to see the number of Manchester United fan sites around the world.

Manchester United has always had some of the most famous and flashy players. going back to its 100 year history - Billy Meredith was the top man in the 1920's. 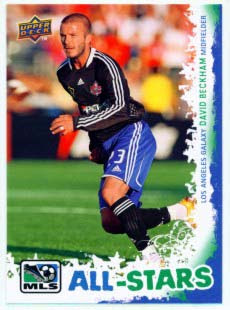 His place was taken briefly by Cristiano Ronaldo - who came on tour to the USA this past summer - after his trade to Real Madrid.

Any time you get these star at Manchester United - thier cards are in demand and collectors go ballistic. (if you doubt it, try to buy a Beckham memorabilia card on ebay).

The lastest Man U. hotshot is Wayne Rooney. He is on a tear this season for club and country scoring 7 goals in 5 games. Thing is, he has a card produced by American makers - Sports Ilustrated for Kids. It makes great trade bait. 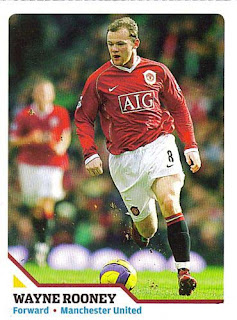 Ironically, I have covered the huge mistake Topps made by not producing regular soccer cards in the 1970's. But that does not mean they were not thinking about it. 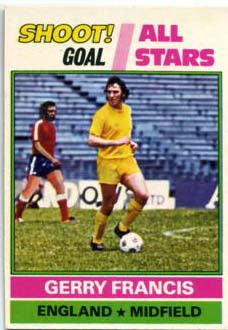 England, who have traditionally played in white jersey since, oh, 1872 only began wearing red change kits in 1966. They did make a drastic part from those choices on a tour of the USA in 1976. They played in YELLOW kits. 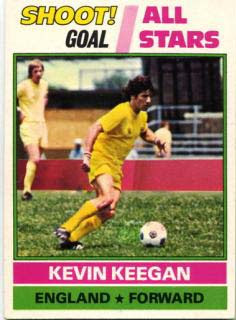 The interesting thing here is that the above cards of England stars Gerry Francis and Kevin Keegan were shot at RFK Stadium (current home of DC United) in a game against TEAM AMERICA. You can tell the Washington, DC stadium by its seating and background.
The most telling item on the card is the trademark NASL soccer ball at the player's feet.
Now there are over a dozen American players performing in the top league in the world - Premier League - in England. Those cards are now making their way here after most of them appeared in Major League Soccer sets.

Rooney is cool, but I'm more of a Van Der Sar guy myself...