For All The Cards ...MLS Cup preview

Sometimes a team looks so good on paper ... er, um ... cardboard - that the odds are being favorite to win are overwhelming. A Chicago vs. Los Angeles matchup for the MLS Final would have been great. But if the NFL had thought that about a franchise in Wisconsin as we do about Real Salt Lake - the Packers would have been sent packing ... 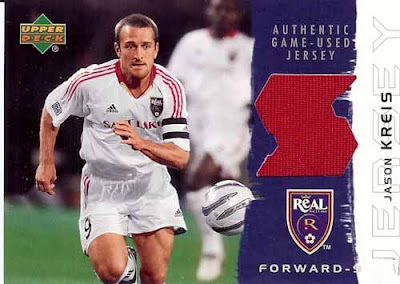 The Utah soccer club are upstarts - not quite the David to Goliath (actually David vs. Kyle), but they are led by a very young coach in Jason Kreis (above) who finished his career at RSL and was the first player in MLS to score 100 career goals. 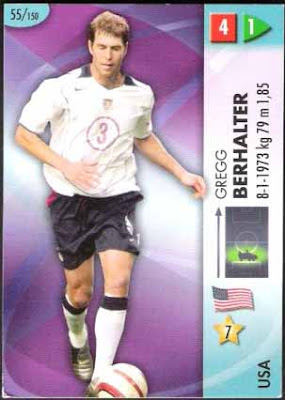 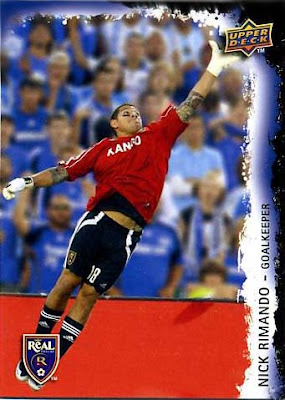 But the man with the edge between the pipes has to be Nick Rimando - MLS vet and one MLS Championship ring better. 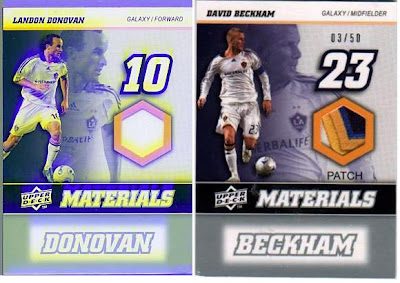 In the Midfield match up of Beckham vs. Beckerman (David vs. Kyle), and Mathis vs. Donovan - the edge goes to Los Angeles. Kyle Beckerman has had a banner year and former SI cover boy Clint Mathis is in his golden years. Clint got his start with the Galaxy (1999 Upper Deck rookie card below right) 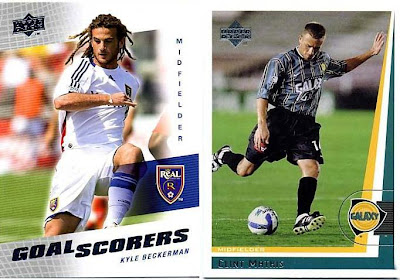 The wild card has to go to the new generation - Real has two up and coming strikers in Yuri Moysisian and Robbie Finley. And a wild card in Fabian Espindola. 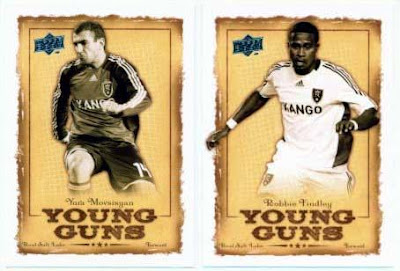 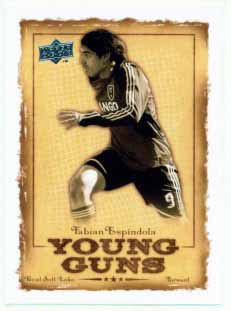 This should be interesting going up against the Galaxy's top draft pick defenders Omar Gonzales and Sean Franklin -back to back rookies of the year in 2008 and 2009. 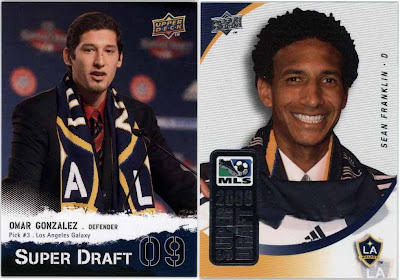 Seattle will be the venue - a great one at that. The weather will be .. well, as usual, rainy and cold - as it has been since the first MLS Cup in New England back in 1996.
Prediction: 2:1 to the upstart Real Salt Lake.
Posted by Chuck's Used Cards at 4:30 PM

hay hay hay i was wondering if you have any 2008 mls doubles youd like to trade cause i cant find anymore packs of them and im 63 cards short for the set. if willing email me at dominicfdny@yahoo.com and i will give you my needs list thanks much
james