FUTERA ... Out of This World cards

Last posting I featured a great new set from ITG of Canada. This time it is even better ... 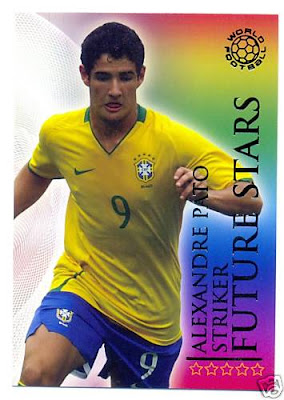 Futera cards of the UK (near England for the geographically challenged) have just released their 9th annual series of World Football cards. The company began in the late 1990's with club sets that included Arsenal, Chelsea, Liverpool, Aston Villa and Celtic. 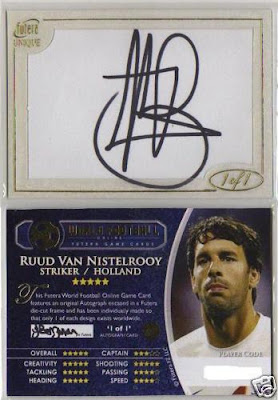 The release began some of the most coveted sports collectables in recent years with their 1/1 autograph cards. (that means only one card like this exists in the entire world) Now if you follow baseball, hockey or basketball there might be a few million of you. However, since soccer - football is world wide - the hunt for these treasures is massive for the billions who love this game. 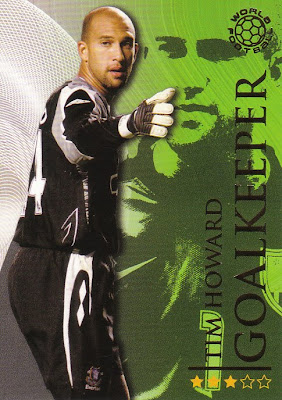 For Americans it's special as the cards depict players usually with national team jerseys - only an exclusive few make these limited sets. Two to three Yanks have been included with sets in the past few years. Recent sets have included Landon Donovan, Kasey Keller and current # 1 goalkeeper - Tim Howard (above). 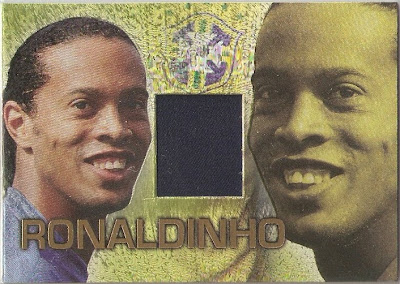 Some of the more interesting memorabilia cards have been produced by Futera. For the collectors who are weary of jersey cards that come from photo shoots or practice gear - rest assured, these cards tell you exactly from which team / season the jersey originates. The back of the above card of superstar "Ronaldinho" lets you know the swatch comes from his rookie season with Paris St. Germain. 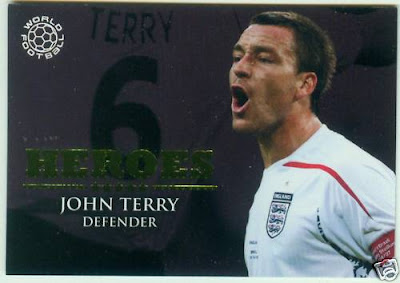 The newest twist on card collecting comes from what is on the back of these cards. Futera has developed online gaming for card collectors. Entering the digital numbers on the reverse of the cards, collectors add to their fantasy teams over the internet. Periodic winners get exclusive cards made by Futera and other prizes. 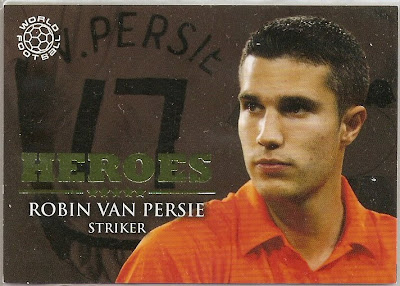 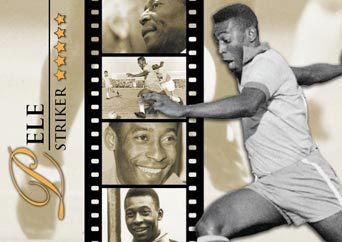 The old boys are not to be outdone as the most sought after chase cards are the LEGENDS which show all-time greats like two former New York Cosmos - Pele' and Franz Beckenbauer. 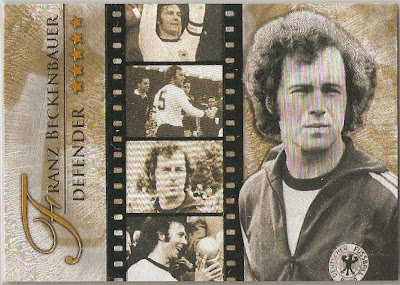 So all around the world - at shops or online, from the Brazil's Greatest (Pele') to the Newest ( teenager - "Pato" at top), this set has it all. Made for the collectors and the gamers and the fans of the sport - 2009 FUTERA is out of this world.
Warning - this is a high end product - not for the faint hearted of finance. The HEROES card have a brisk selling price of $15 - 20 on the secondary market, while the LEGENDS can demand from $50 to $300.
The 1/1 cards that make it to the second hand auctions range from $100 to $500 for "average" players. Superstar 1/1 autographs (if anyone would give them up) would fetch well into the thousands of dollars price range - AC Milan's Gattuso bringing $450 last week on ebay.
Posted by Chuck's Used Cards at 2:17 PM

"Futera cards of the UK (near England for the geographically challenged)"

Actually, I think you might be geographically challenged one. England is part of the UK, along with Scotland, Wales and Northern Ireland.

Also, FYI there was an Australian card company too back in the 90s called Futera. They also produced a soccer set, rugby union cards, Formula One racing cards, Surfing cards (I kid you not), but were probably best known for producing cricket cards (for those of you who don't know what cricket is, it's vaguely similar to baseball, tthough infinitely better). Futera's cards were generally of very good quality, but they did 2 great things - from 1993 onwards all the inserts were serial numbered (before this became common place in the US), and they produced beautiful on card auto cards.

Below is a link to a regular Australian Futera Soccer card showing another former premier leaguer Mark Viduka:

Lastly a link to a redemption for an on card auto (These were all redemptions as you received a 3 card redemption set, with one being autographed):

how to play this card ??