EXTINCTION  ?
Are the NHL players and owners looking more and more like this ... 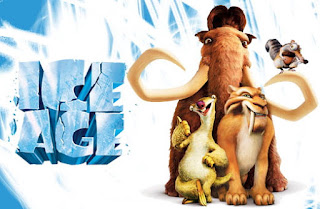 due to the greed and the impending lockout ?

Its truly a shame as I really like the retro cards being produced lately. Cards with helmet-less players ... 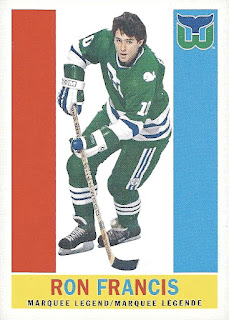 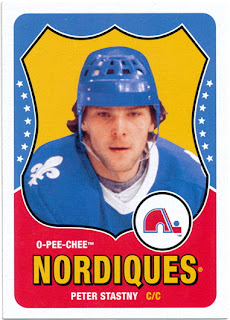 but instead, all I can see is dollar signs down the drain for a league with too many clubs and too much money going to too many agents.  The glut of card makers in the 1990's was the beginning of the end.

Part of the negotiations from the last NHL strike included the royalties earned by the card companies licenses. Personally, I think there are still too many sets per year for collectors to afford or even retain interest. (This is one of the reasons I began to collect soccer cards)

McFarlane Toys had built a reputation on their detail and diversity of their action figures. The company was started by Todd McFarlane, the former comic book artist, which include drawing SPIDERMAN and the creation of SPAWN.

For the sports world, they were the next generation of collectables beyond cards. The licensing of not only rock stars, horror film and comic book characters but for all the NFL, MLB, NHL and NBA.

Recent news has uncovered manufacturing problems with their NFL figure releases. Poor quality control, sloppy workmanship and lost shipments have put a blemish on the one time leader in the action figure industry.

Never the less, this past weekend while at yard sales, I was able to pick up a handful of NBA figures for a steal. Although I do not collect basketball, per say, I could not pass up the chance to own finely detailed miniature figures. 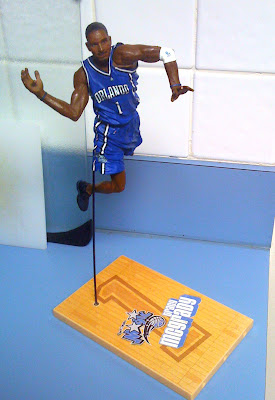 The haul: A large size Tracy McGrady in a blue Orlando Magic jersey. 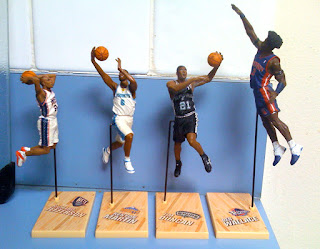 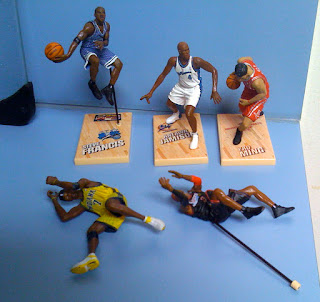 I have been looking for some of the NHL figures. However, they are not abundant here in Florida (perhaps they all melt too easily ?).

I would love to see Major League Soccer or English Premier League figures made by McFarlane. Obviously, they have to put their house in order first.  As does the NHL.