The coolest thing about blogs is seeing other people's stuff and enjoying it without having to invest in it. For my forrays out in the garage sale world, I get to find items on the cheap and still get to experience without the packaging or the price. So, enjoy !
FAST
I picked up this die cast metal coin bank of a 1995 FORMULA 1 car raced by Michael Andretti. 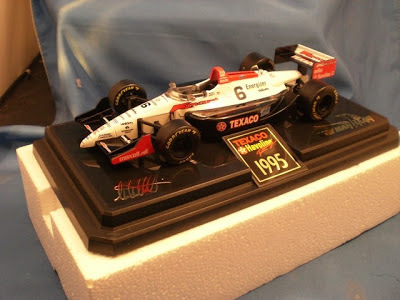 The detail on this collectable is very good. I spent the money for several reasons - one, it has gasoline advertising on it (TEXACO) and two, it was in good condition for a toy over 15 years old. 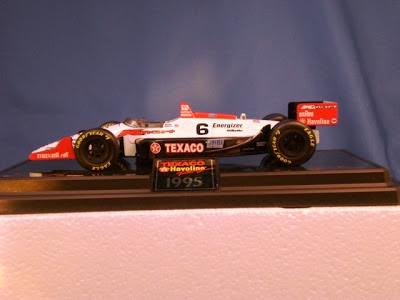 At first I did not realize it was a coin bank, but rather just a fine detailed car. As I examined it, something metal kept rattling around inside. I ended up pulling out 2 pennies and a nickel. So, my luck - I paid 25 cents for the item and it came with 7 cents ! Total cost = 18 cents. 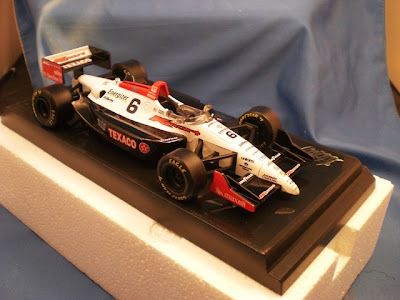 I picked up this Dale Earndhart mini racing helmet for another 5 cents. It is supposed to hold a hot wheel size race car inside. The visor lifts to reveal the car, which I do not have. oh, well - it only Nascar. 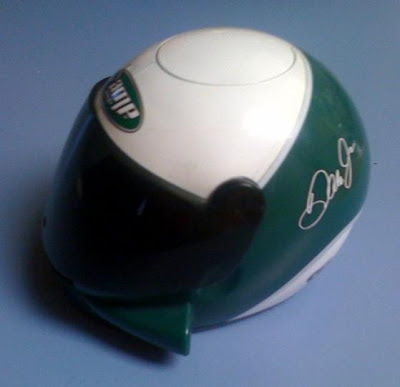 SLOW
A while ago I picked up a box full of action figures (mentioned in an earlier blog). Among the denizens were TEENAGE MUTANT NINJA TURTLES.  Not my favorite line of toys, but seemingly very popular.

Last week I went to one of my regular thrift shops and found a box full of building parts. I love play sets and am always seeking well made structures. When I put the parts together, I was left with 90% of the TMNT Secret LAIR. There are some nice features like a flipping couch, a zip line - going to an open subway car (complete with graffitti) and a breakaway wall and floor.
The center of the lair has a fight area. 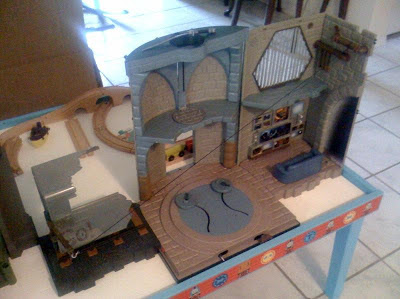 There was also a Sewer Submarine in the box. 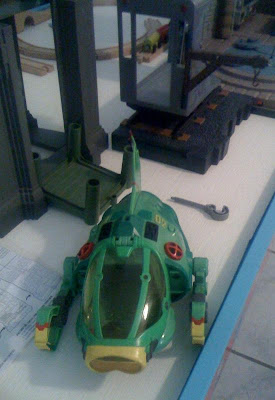 The last few parts built a 28 inch TMNT Tower. With the addition of the crane, it does tower over 33 inches tall! 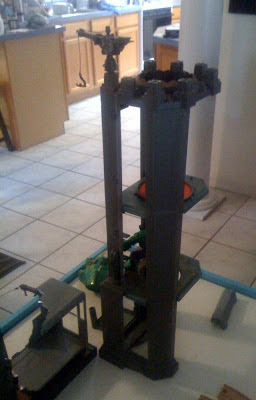 When I put them all together, it makes for quite a play set. While I do not favor the comic book turtles, this does make a pretty cool play set for other action figures. 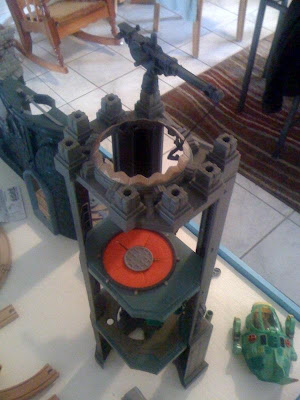 I'll update with some other cool finds in the coming days as well as a report on the progress of my Football League top 100.