France were one of the founding nations of FIFA, football's governing body, in 1904. French is one of the 4 official languages used by FIFA in its assembly and press releases.
While the French have had relatively good results since the inaugural World Cup in 1930, their top achievement occurred as hosts and winners of the 1998 Tournament.
But there were hints of heroics in pre-war Olympic football.  As hosts of the 1924 games, they started well with a 7:0 win over Latvia.
But at the Quarter-finals, they were hit by the hurricane form of eventual Champions, Uruguay.
The 1922 Collection Felix Potin is a sepia colored photograph set from France. It encompasses several issues, which includes the rare 3rd series. The boxer Jack Dempsey, from the 3rd series is valued at more than $300.
So when the opportunity arose to find six of the 14 soccer player in the set, I made the purchase. They feature France's early Olympians, French Cup (Coupe De France) finalists and World Cup players. 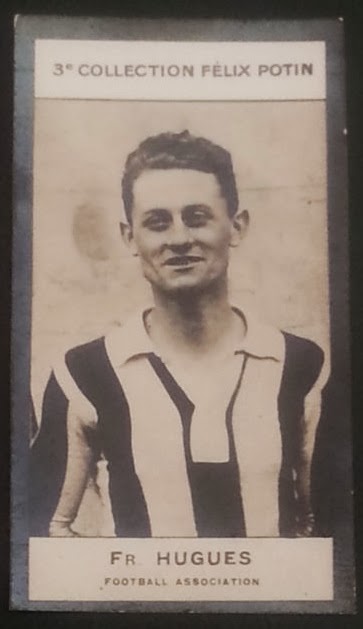 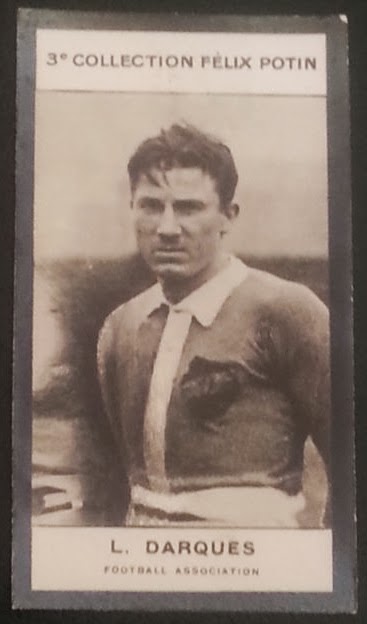 Louis Darques
Darques had 9 caps and several war-time appearances for France. Was twice runner-up in the Coupe de France and winner in 1918 with Olympique de Pantin. 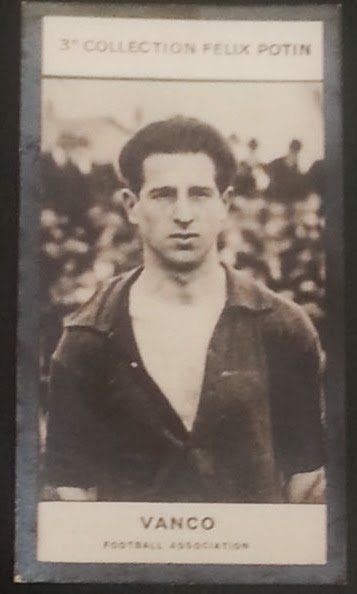 Marcel Vanco
Tough defender and one time Captain of France. He earned 8 caps and was winner of the Coupe De France in 1920. 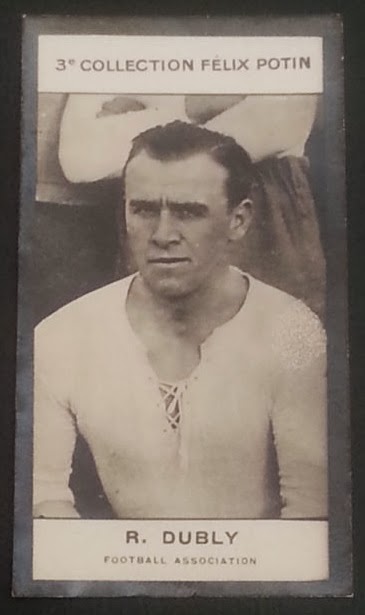 Raymond Dubly
Represented France in the 1920 and 1924 Olympics, he Captained the team whilst earning 31 caps and scoring 4 goals for France as a forward. 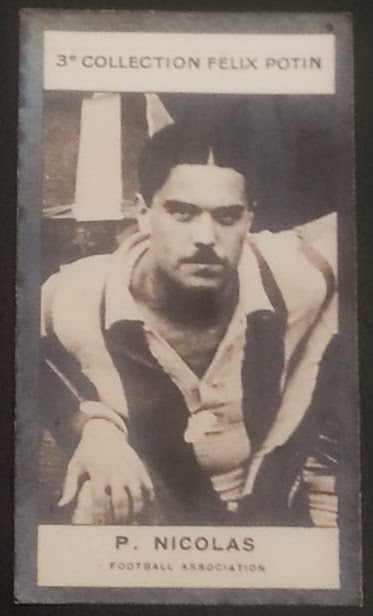 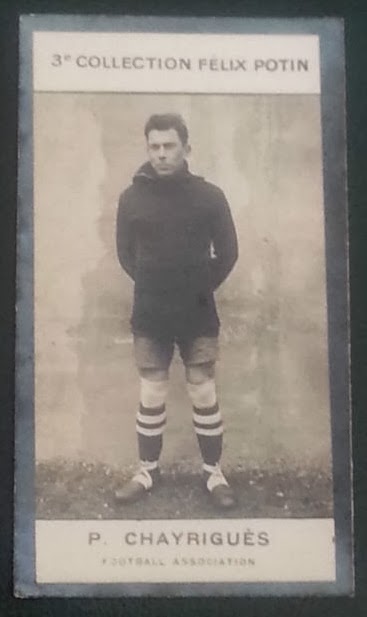 Pierre Chayrigues
A legendary goalkeeper for France and Red Star. He made his international debut at age 19 and appeared in his last of his 21 caps fourteen years later.
Won 3 Coupe De France titles with Red Star (1921-1923) and later with Olympique Marsaille (1924, 1926-1927).
These cards have become exceedingly rare and are an excellent photographic record of pre-war French football.