The bad thing about the glut of card sets in today's hobby is that its nearly impossible to collect everything. Another bad thing about today's modern cards is that many come in very expensive boxes far beyond the budget of the average wallet.

Well, the good thing about the above, is that often, the cup of wealth overflows and spills out to the waiting masses.

Going to this weekend's monthly local card show, I was gunning for the dealer tables that yielded past gems. In a moment of indecision, I had left a few desired cards in the bins and hoped they would be there.

I had planned to make a bee line to THAT dealer when I passed the table of a dealer that had some nice vintage last show. So I asked him to put aside the handful I pulled. He just nodded and gave me a straight price which was even better than the bargain price. I picked up a nice 1971 "Catfish" Hunter and a 1961 Washington Senators, Mickey Vernon card.

Vernon has his own sports museum in Pennsylvania and holds the record for career double play for a 1st baseman. 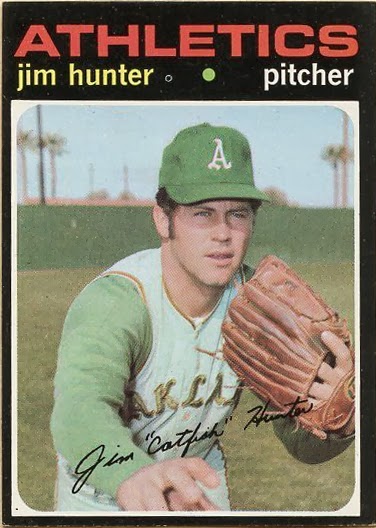 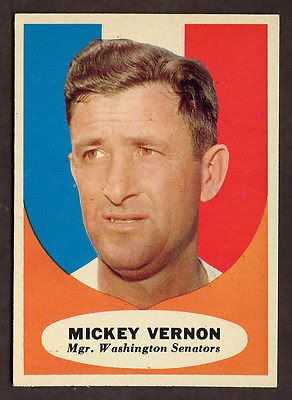 Mickey Vernon owner of 2,495 career hits
Although I probably had a card of each of these athletes, it was hard to pass up two of the more decorated Olympians of modern times. So, I added a 2013 mini Goodwin Carl Lewis and a 2012 Allen & Ginter mini Michael Phelps. 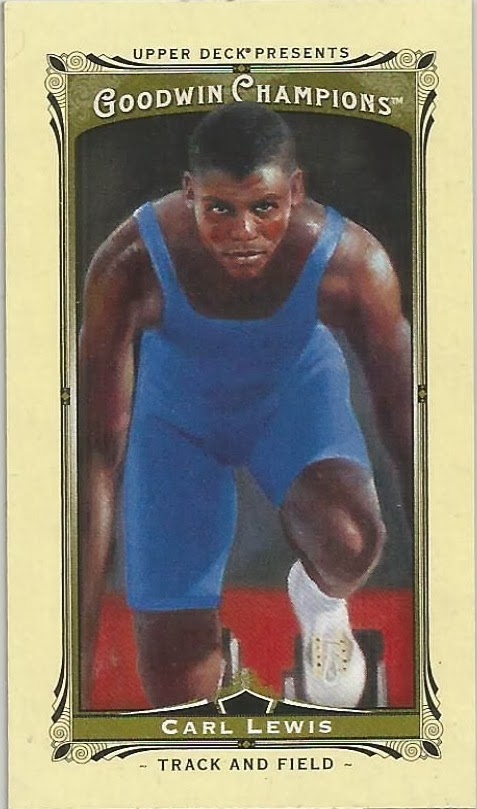 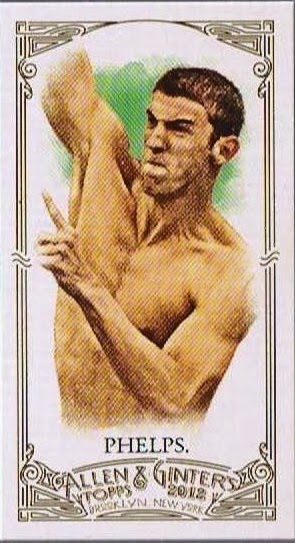 Michael Phelps - fastest man in water
Going back to the table to take care of unfinished business, I found the cards just as I had left them. But the prices had gone up. Oh boy !
However, after discovering that these cards came in boxes with a suggested retail price of $89.99, I figured my only chance to get these would be on the secondary market.
I found a blue back mini (Y for Yale) football player, and 3 insert minis. I added 2 ships (Cutty Sark S-6 and Queen Mary S-7) and a horse (Tennesse Walker H-#3). 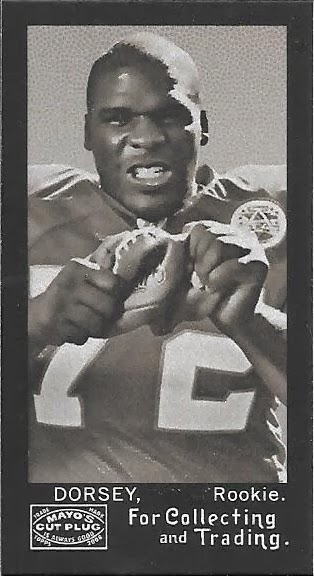 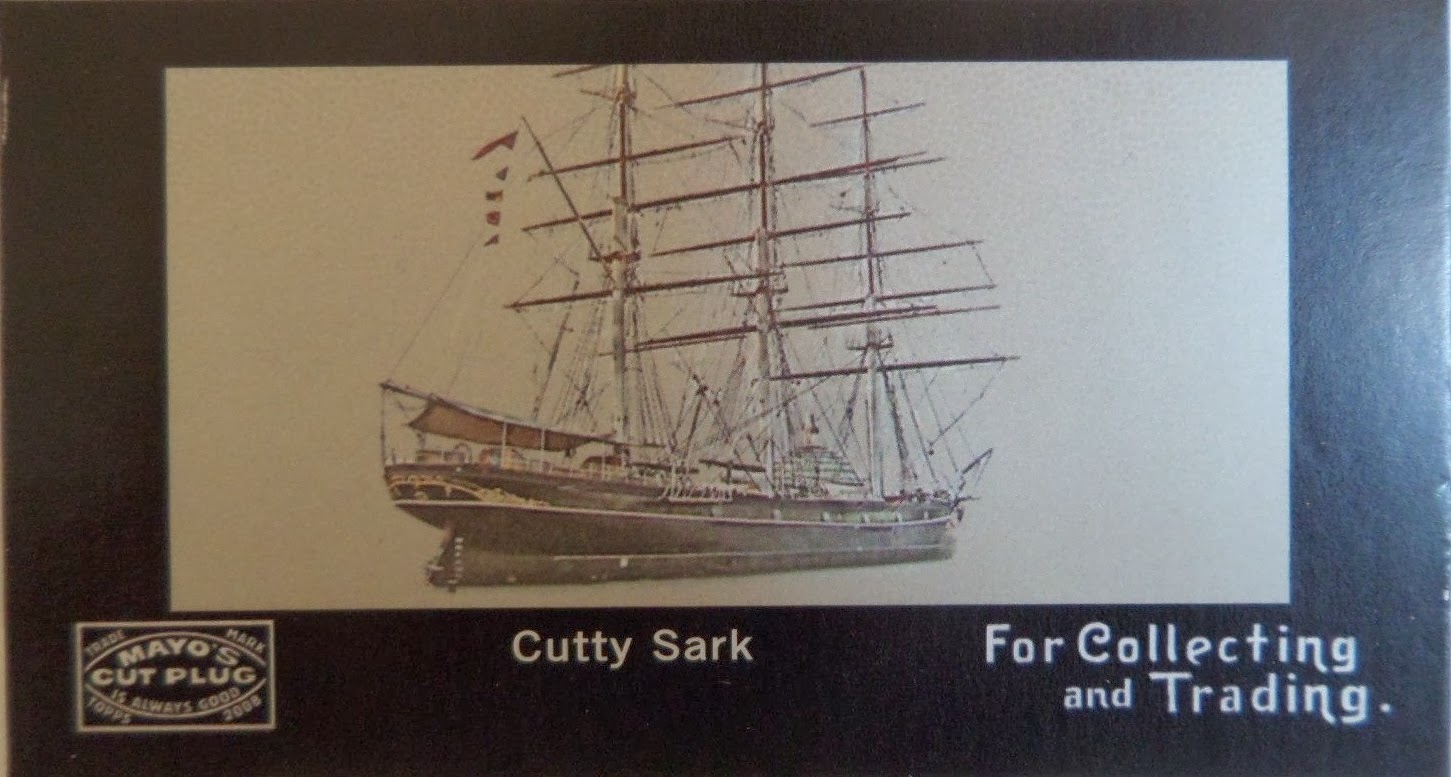 Cutty Sark insert # S-6
As luck would have it, I found this orange back (P for Princeton) President Grover Cleveland card. They are found 1 card per box ! I also like anyone who was the leader of the "Bourbon Democrats" - cheers ! 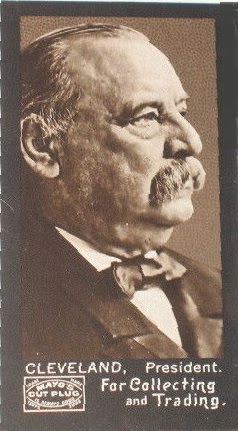 Not a Brown's player, but still a big enough guy to be both the 22nd and 24th President
Although none of these were true tobacco cards, they are the same size as traditional cigarette issues. The Goodwin, Allen and Ginter and Mayo Plug were original brands that distributed cards with their smoking products. I like the smaller size collectables and the subject matter is easier to handle than massive sport issues from card companies.
Ideally, I would like to feature original cards of these tobacco subjects as well as their modern issue. I have several athletes and some other personalities.
I had a plan for this show and I hit my target on these. I will feature the rest of my haul in the next installment.
Posted by Chuck's Used Cards at 1:59 PM