Since our menu was so delicious last time, we offer for your appetite - another days of eating baseball cards.

Once again breakfast leads off with POST Cereal cards - the 1990's continued the tradition began in the 1960's with this brand. 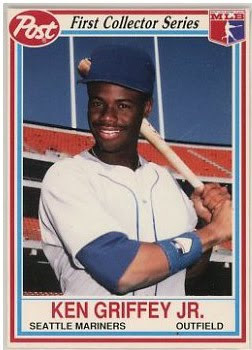 The inaugural version in 1961 were fraught with variations and even a Canadian issue which differed from the U.S. counterpart. Sets were made for 1962 and 1963. 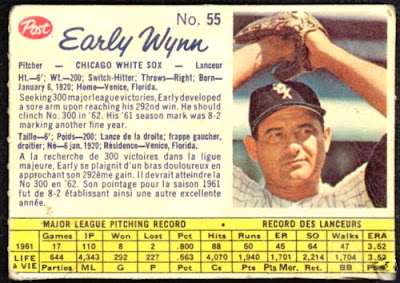 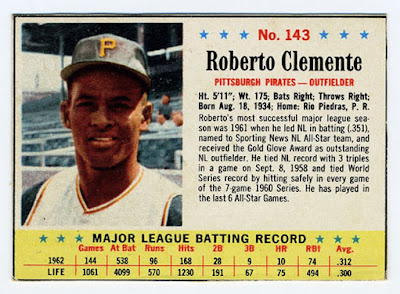 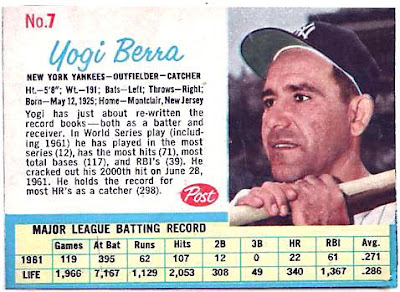 For those in too much of rush to grab a full bowl or box - the 1950 debuted the tasty bakery of DRAKE's cards. These were again continued in 1981 with succesive issues up to 1988. 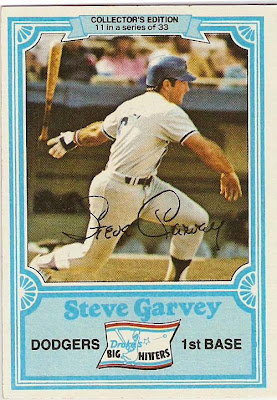 For lunch we make a quick nip into the local fast food - BURGER KING - which issued team sets from 1977 to 1980 and again in 1986 and 1987. The early ones were off versions of Topps card with a few alternate photos on the cards. The 1986/87 design were different with air-brushed logos. 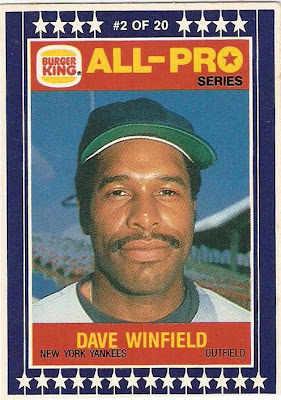 A snack between meals leads us to the ice cream issued CRANE / various companies disks. 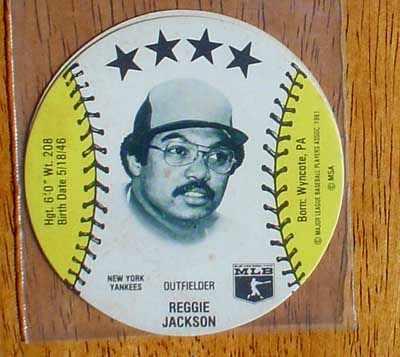 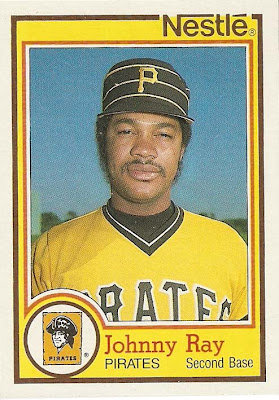 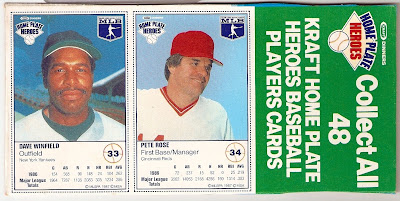 A midnight snack - or an early breakfast - with the 1986 QUAKER OATS - granola bars which we threw away (or threw up) and just kept the card. This is one of the underrated sets produced in conjunction with Topps. Great photos and player selection make this a sleeper. 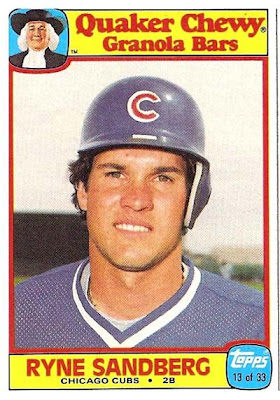 I couldn't get my mom to buy enough Kellogg's cereals or Hostess treats. :(

Also, that Reggie Jackson face is so rotundly disturbing. Creeps me out for some reason.