The news came at the early hours of yesterday morning - U.S. National Team forward Charlie Davies was involved in a car crash that took the life of one woman and severely injured the American soccer star. 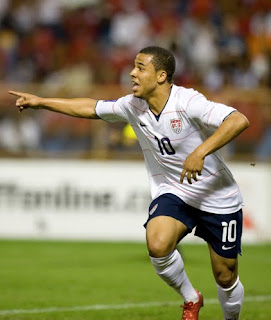 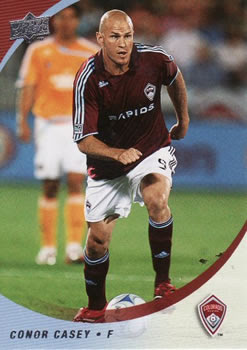 Davies was a passenger in the car that was severed in half on the Washington Parkway. A female passenger was declared dead on the scene while Charlie had broken bones in the fibula, tibia, ribs and spleen. Recently signed by Sochaux FC in France, the New Hampshire native was just coming into his own starring in the FIFA Confederation Cup.
His career is in limbo as his life is tattered. We hope for the best and sympathies to the families effected by this tragedy.
Posted by Chuck's Used Cards at 7:34 PM