What Could Have Been, But Never Was ... Topps NASL

You know you have been on this planet long enough when things come full circle. Back when the (NASL) North American Soccer League was at its heyday - there was only one trading card company that produced sports cards. That was Topps Chewing Gum. 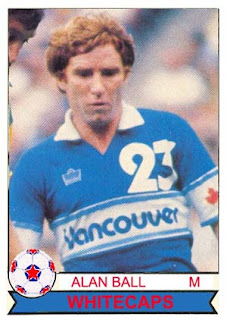 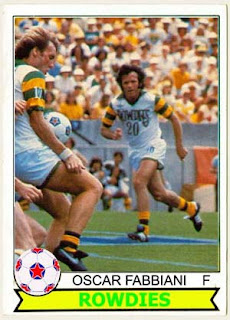 At some point, one Topps executive made the call whether or not to market soccer cards. Personally, I think the guy was a bonehead. Looking back at the international stars that were playing in the United States at the time - he looks like a real baffoon.
No league up to that point had 4 of the 5 greatest names of soccer in playing one country - except America. It is pretty close to what the English Premier League has now but even bigger. 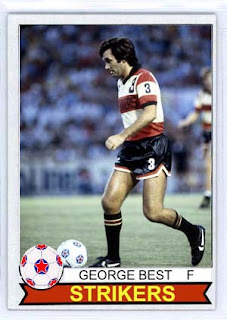 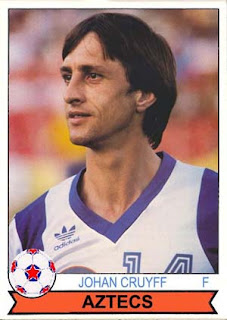 Instead of putting the best faces on cardboard, Topps ran with a cheesy sticker set that had only the logos of the 24 NASL teams. What they could have made were cool cards of George Best, Franz Beckenbauer, Johan Cryuff and Carlos Alberto. 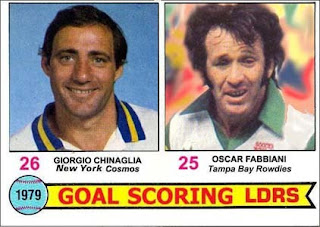 For the benefit of fantasy - these are what might have been the 1979 Topps NASL cards. This year the NASL will return in 2010 to playing in the USSF Division 2 - included will be the Tampa Bay Rowdies, Vancouver Whitecaps and Portland Timbers - three original names from the league. Two teams from MLS already have original NASL names as well - Seattle Sounders and the San Jose Earthquakes.
Posted by Chuck's Used Cards at 1:26 PM

Did you make these cards?

But why no Chicago Sting players?

I'd sell crack to nuns for a George Best card.

I used to wish Topps made Tennis Cards of World Team Tennis in the 1970s. I always wanted Evonne Goologong

Love them.
But yeah, where are some Sting cards!
Very cool.

Great cards, but do know about the NASL cards Sportscaster put out in 1979? If you look on ebay and type in Sportscaster NASL a few of these should show up. I've collected most of them. They're oversized cards and and have very good info written up on the back. Happy to send you a few scans if you have no luck there.