Over at The Chronicles of Fuji, my fellow blogger waxed on about his favorite player RICKEY HENDERSON. The 1980's found the hobby a growing monster of collecting madness. Every entrepreneur was getting in the act of baseball trinkets. 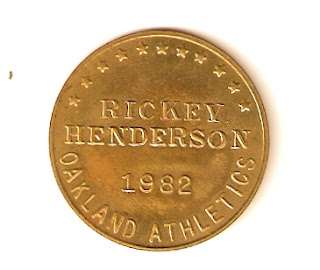 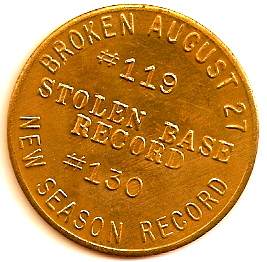 This reminded me of my affinity for the 1970's Oakland A's - a team filled with some of the best names ever printed on baseball cards - Rollie Fingers, Vida Blue and "Blue Moon" Odom to mention a few.

But besides the cardboard cards, there was the mornings with the cereal box and 3-D cards.

Part of my collection included these favorites made for the KELLOGG'S breakfast company: 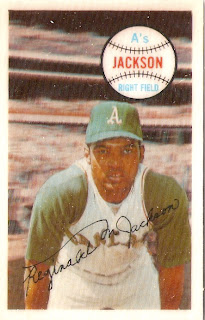 After featuring Hall of Famer REGGIE JACKSON in Kellogg's debut, the 1971 set was oddly devoid of any the stars that would be part of the A's three World Series (1972-1975). 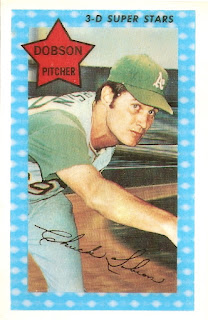 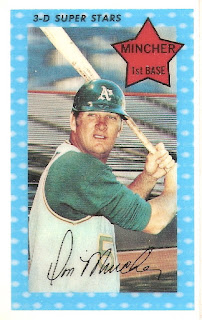 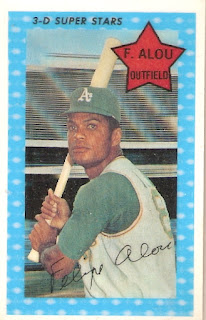 1971 Kellegg's - FILIPE ALOU - Filipe would not even finish the 1971 season as an "Oakland Athletic" before being traded to the Yankees. 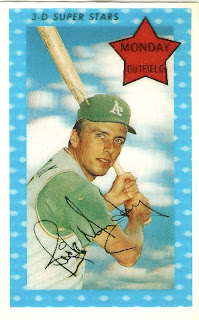 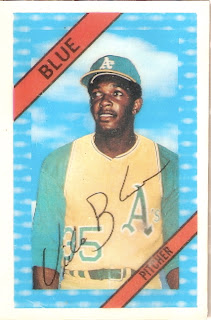 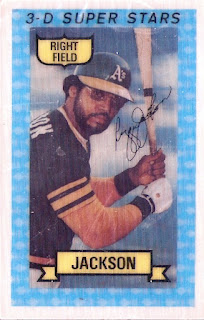 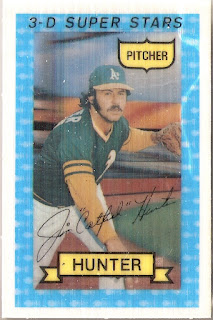 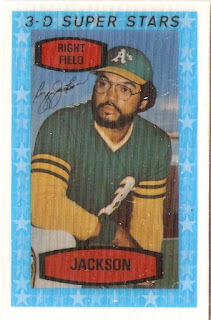 1975 Kellogg's - REGGIE JACKSON - always looked good in the green and gold. But would soon be a Baltimore Oriole (not a great look).

Great post... I'm a huge fan of Kellogg's lenticular cards and of course the Oakland Athletics!

Hi Chuck, it's martyn from Arbitrarycrap.info, my email is martynheap at yahoo.co.uk