With the Euros going full steam over in Poland / Ukraine, the US Soccer Team was covertly earning its way to the next World Cup playing without TV coverage in Guatemala.
In the spirit of international peace, I am not going to write and rant about this past Tuesdays US Soccer World Cup Qualifier being only available on pay-per-view. The American escaped from the 3rd World hell with a 1:1 draw thanks to stalwart  net minder - TIM HOWARD. 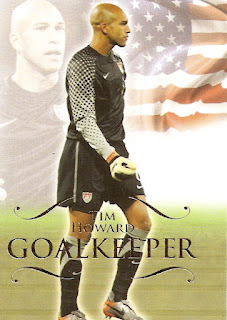 As the USA will be take a break from the qualification to BRAZIL 2014 with no games until September, I am offering up a 2012 US SOCCER YEARBOOK to scout out the Yank's squad. 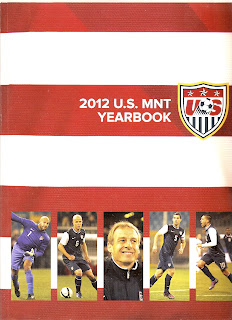 It is filled with full color biographies of all the players with other stats and photos. 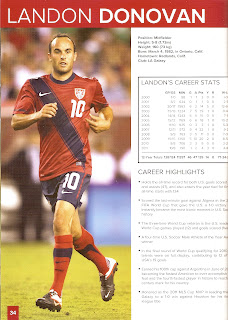 I usually sell these for $15 bucks in the year they come out and $10 when the next one comes out.
Also, if anyone has this card ... 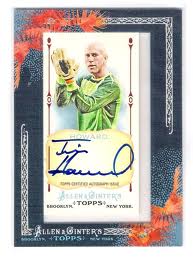 2011 Allen & Ginter  - TIM HOWARD autograph, I would be willing to trade and even add to the kitty.
I need all versions of the card - mini, black, jersey and base.

Hey Chuck! This is my first time at your site and I'm glad to be a new follower! It's nice to know another futebol fan in the blogging community. As you may know I only collect hockey cards but if I were to get into another sport it would definitely be soccer!

Speaking of that, do you have any Portuguese players that are up for trade. It would be nice to get this going a little. Let me know with a comment on my blog :)