Here is what treasure hunting is all about. As I said in part 1, my eye caught the handy work of renown baseball artist DICK PEREZ. These 4 x 6 Perez-Steele cards were produced as beautiful, full color portraits in 15 series between 1983 and 2001. The following cards were limited edition of 10,000 all numbered on the back of the cards.

I'll let the pictures do most of the show: 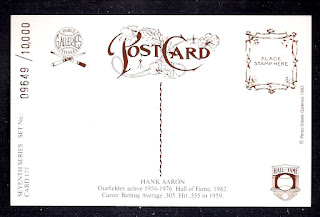 What I was able to pick out of the box was:
Two Boston Red Sox HOF : BOBBY DOERR and RICK FERRELL 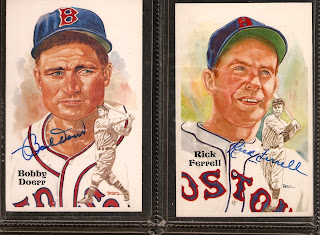 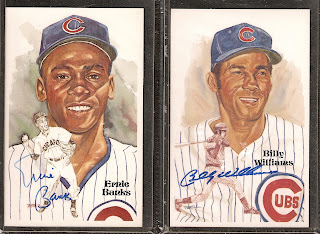 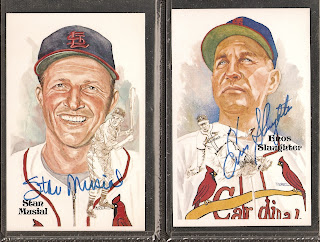 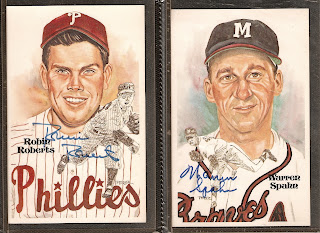 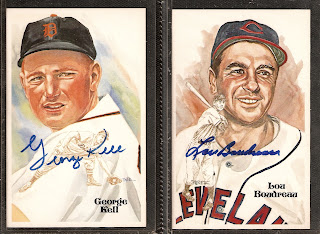 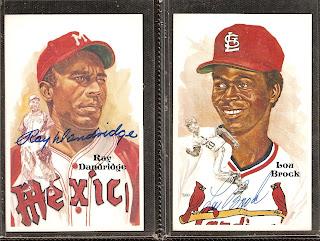 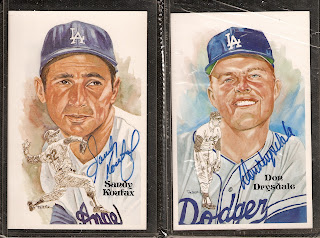 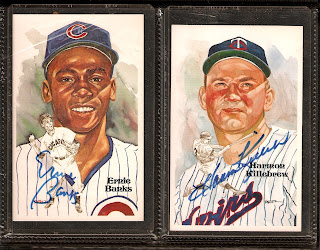 And two of the greatest : HANK AARON and WILLIE MAYS 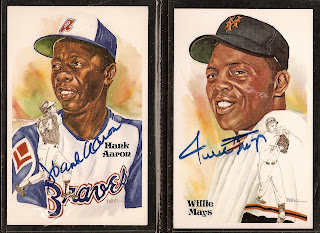 The signatures are all nice a readable, in blue sharpie ink.
As you can see, I ended up with 2 Ernie Bank cards, so if anyone wishes to trade or purchase, please shoot me mail.

When I looked these up in Robert Edwards Auction, I found out that 104 Hall of Famers were possible to have signed from the 15 series' produced. Having these 17 autographed is a great start.

those are pretty sweet.

any estate sales around here will get you '90/91 Pro Set hockey.

Hey, at least you get all the good hockey cards from McDonalds. We don;t get any of that here.

As you'll read in Part 1 - Pro Set are good for getting autographs. (except the cards with black LA Kings jerseys).

I'm still buzzing over these as today's sloppy autographs, especially sticker autographs, do not compare to these hard signed items. Knowing each of these were held by the Hall of Famers is just exciting.

Wow... that was one heck of a find. I have a few of those autographed post cards, but none of the huge names.