I don't often buy entire lots - I'm a picker. But after looking through a box of toys, I made an offer - that I could not refuse.

There were some large monster figures in the box that looked really cool ... 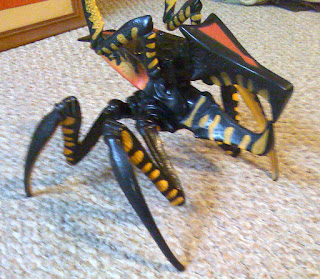 It took some research and the help of some toy forum members but I found the above giant monster emanates from the Sci-Fi movie STARSHIP TROOPERS ... this video tells it best - 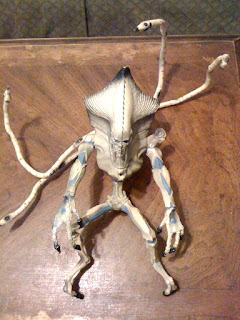 Here with the pilot inside (below) when the mouth opens ... 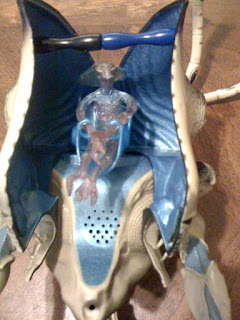 Not your average hero action figures - these SPIDER-MAN examples are a Man-spider, a Vampire Spider-man and some 6-limb abomination of Spider-man. Also included Spider-man villains are Venom and Carnage. 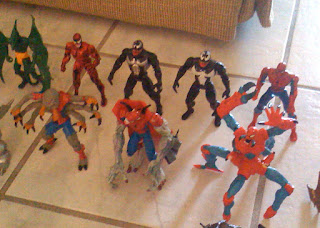 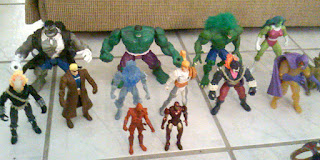 This was the best of the Super Heroes - a Giant 12 inch 30th Anniversary issue of the SILVER SURFER. 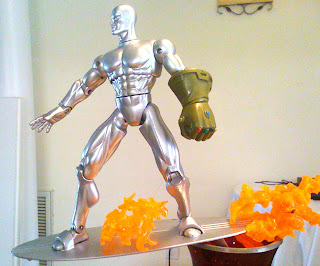 Accessories included a surf board, flame trail, a ball of fire and a power glove. 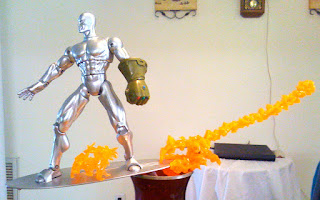 This is a look at most of the box of items all out. 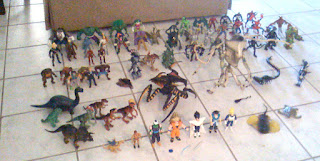