My recent trade with The Dutch Card Guy was completed when these goodies came across the Atlantic Ocean. I sent baseball and in return he filled an envelope with soccer cards from Holland.
I don't know much about these cards with bikini clad women, but I will never complain about getting one. 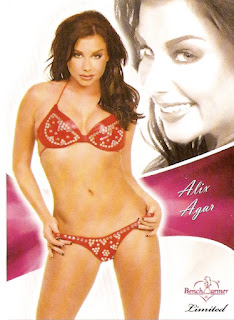 Just when I thought that my 2012 PANINI EUROS collection was finished, they pilled me back in. But not in just the same old way, but BIGGER. These Panini Euro stickers are about a half inch larger than the regular issue. The backs have the label of "Panini Family" which may mean a subsidiary of the Italian sticker maker much like Upper Deck making O-Pee-Chee hockey cards. 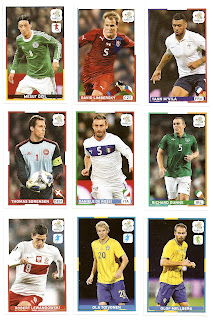 The set obviously mirrors the players in Panini's purple packets we all saw during the tournament. Nice large action shots are a departure from the decades long Panini portraits.

The specialty of this set are the great Dutch players from the Netherlands's footballing history.

Their one and only international title came in the 1988 EUROS with the holy trinity of Van Basten, Rijkaard and Gullit. Seen here are 2 of them lifting the European Nations Cup. 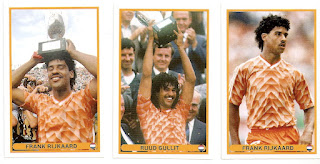 The 3 cards of the enigmatic DENNIS BERGKAMP are super. 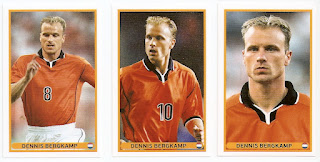 Dutch Guy also included the 1994 Upper Deck hologram insert of Bergkamp which surprisingly I did not have. 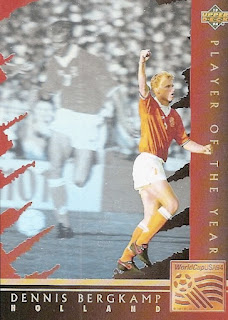