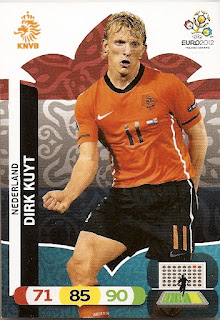 ... almost. As you see from the cards (above and below), I got some Euro hangover from my friend Martyn over at Arbitrary Crap. These are some sweet Panini Euro game cards. 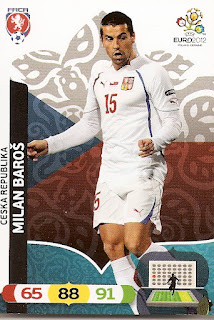 Knowing that I am a Liverpool supporter, Martyn sent me a few of the guys that USED to play at Liverpool.  He also added some Panini Champions League cards: 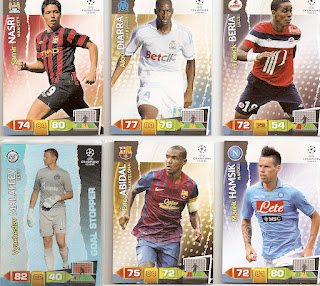 We featured a few of Topps Olympic cards earlier, but the Brits had there own version mad by Panini. I got the card of the greatest player NOT to play soccer at in London 2012. 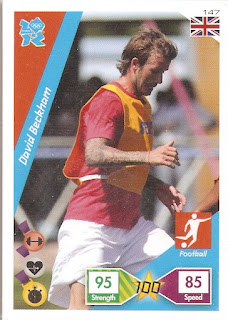 DAVID BECKHAM looks like he's training for some other sport on his card. I also got a Ladies footballer and a 7-a-side footballer. Interesting, I guess ?

Martyn sent along a three unopened packs so I can try my luck at a later time. 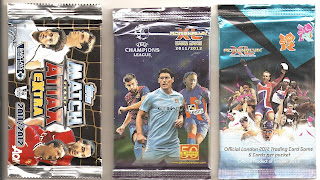 Here is a Liverpool player from the past - EMLYN HUGHES. I like this sample as it is a cigarette card size issue. There are several companies making retro sets and reprints in the UK. I'm not a fan of reprints at all, but these retro sets are nice if you have favorite players or teams from another era and don't want to spend a lot searching or spending big money. 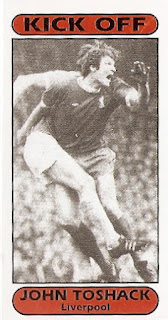 The last card in this group is a 1979 TOPPS sticker from the NASL logo set. What's cool about this is that the NASL is back (as a 2nd division) and so are the Earthquakes. San Jose is in 1st place and may win the league this year. I featured their top gun Chris wondolowski before in an earlier blog. 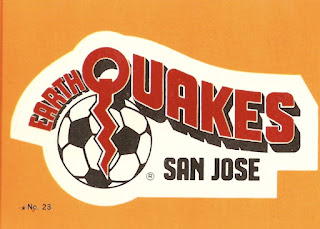 coming next: part 2 of the trade