The 3-day Comic Book Convention known as FX or the FLORIDA XTRAVAGANZA took place this weekend in Orlando.
Although I don't attend as many shows as I used to, I went partly because I was contracted to produce the official poster. I did a limited edition, signed and numbered print of BATMAN and SNOW WHITE which I designed and pencilled. 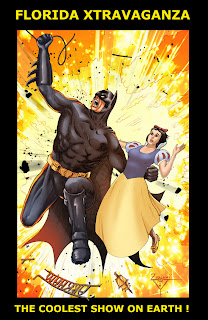 FX Show Exclusive
Past FX Shows I got to appear with (the late) David Carradine (Kill Bill, Kung Fu), George Romero (Night of the Living Dead), and Robert Englund (Freddie Kruger).
The guests from this show that interested me were Joseph Gatt (Star Trek, Thor) and John Martino (The Godfather) among others. And then there is always the "swag" - the free stuff I get and offer to people after these shows. 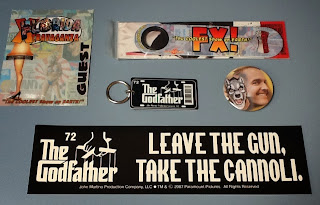 From bottle openers to buttons ...
There were lots of excellent costumes, but when I am working behind my table, I cannot always get pictures. Its nice when they ask to take a picture of my work or with them. 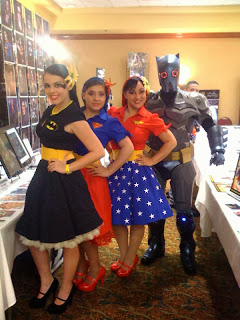 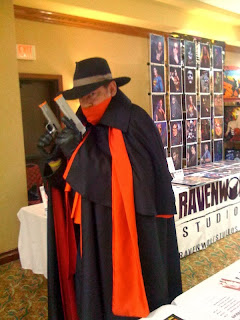 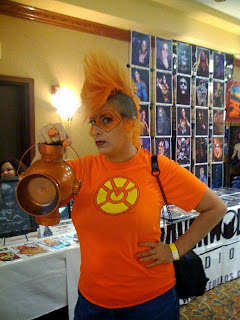 Orange Lantern Corps (Green Lantern story arc)
One of the items I enjoy getting are trading cards from the 501st Legion and other Star Wars garrisons. Here are just 4 of the 10 cards I acquired from this show. 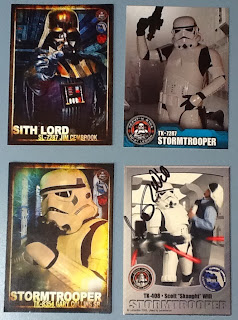 Being that Orlando has Disney (which now owns Star Wars) and they host Star Wars weekends, there will always be solid material exclusive to our area. (if anyone want to purchase any of the exclusives from this show, shoot me an email)
That's all for today. More loot next blog.