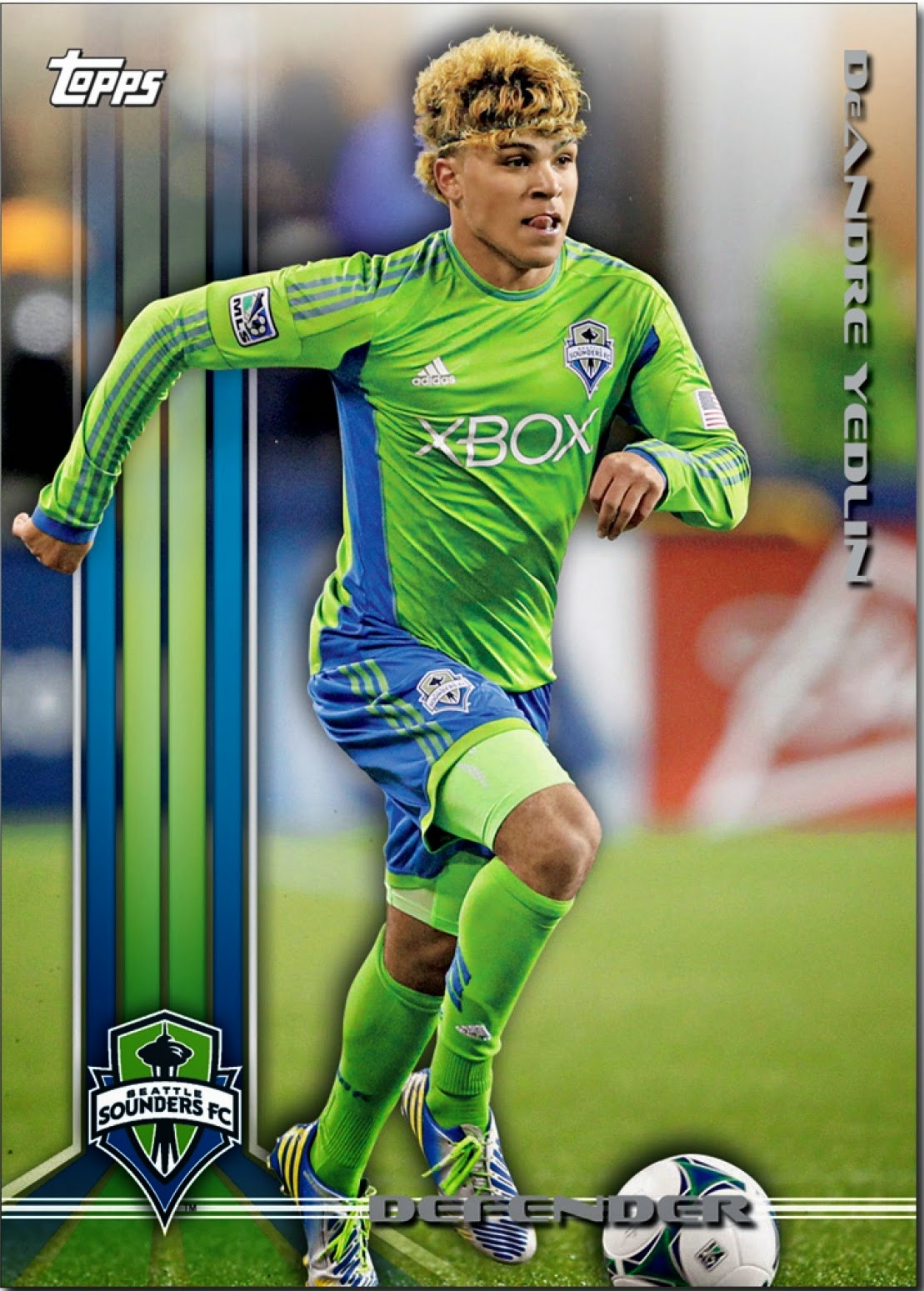 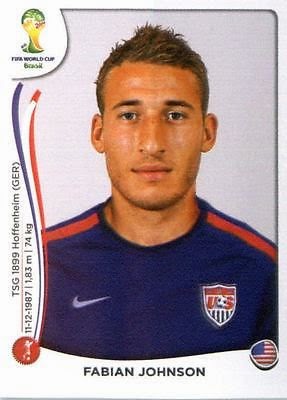 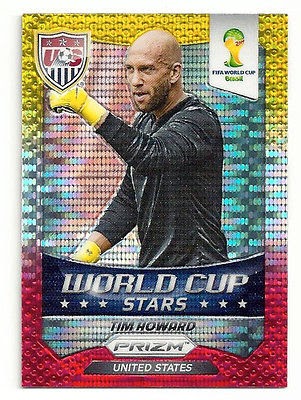 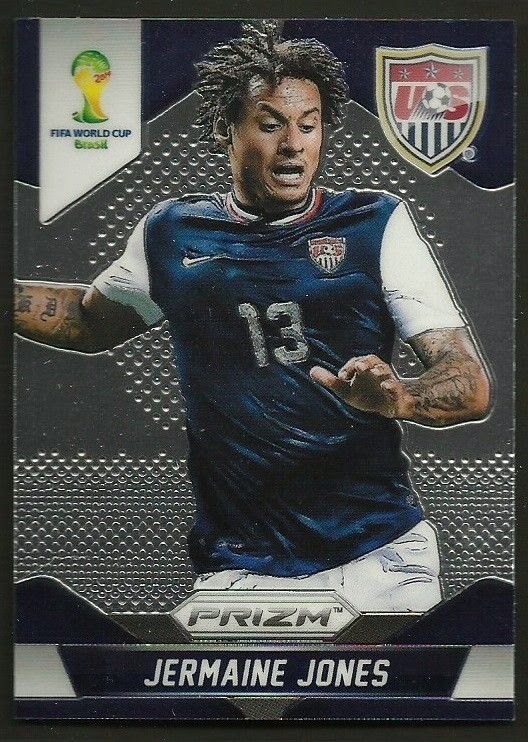 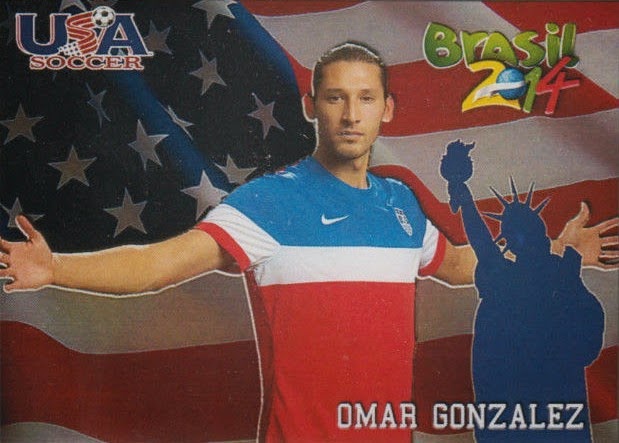 The chant "I Believe We Can Win" was transformed into "I Believe We can Advance" on Thursday as the US National Team qualified for the next round at 2014 World Cup.
Their opponent on Tuesday will be Belgium ... 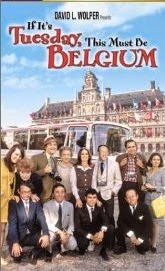 I remember this comedy movie from the 1960's for one simple reason : DONOVAN !
No not the USA's all time leading goal scorer, but the psychedelic folk / rock singer. 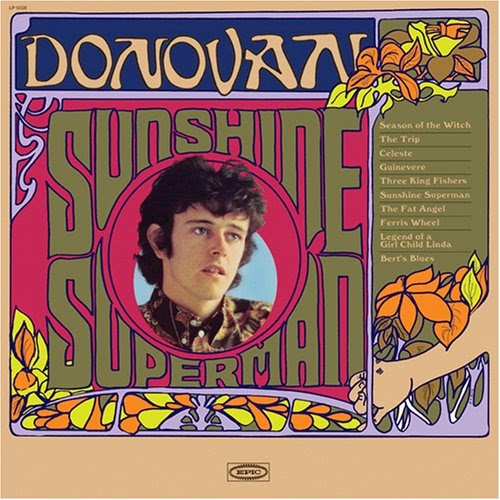 Of his many hit songs like Sunshine Superman and Mellow Yellow were tributes to the times of free love and recreational drugs.  He also had a way of evoking an illusion of things being better than they appear to be - much like the US soccer team.
While searching for a clip from the movie, I came across something which I thought was even more interesting - a clip where a fan finds Donovan in a café and films the meeting which includes getting his email and invite to tour South Africa. Lucky fan !
Belgium were one of the teams that played at the 1994 World Cup in the USA. They trained only a few miles from my home at the time in Florida.
Here are a set of player portrait pins that were issued in Belgium. On the very bottom is the current manager, Marc Wilmots, of the Red Devils in 2014 World Cup Brazil. 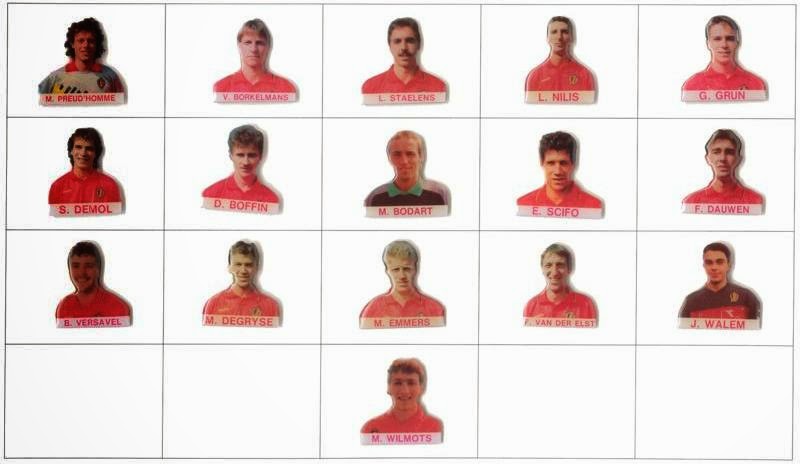 Even without Donovan (both of them) Peace, love and let's get a win against Belgium. Go USA !
Posted by Chuck's Used Cards at 6:17 AM 1 comment:

Maybe it was all the talk of Uruguay's Luis Suarez seemingly biting Italy' Giorgio Chiellini, but it I scoured the collection for the objects that symbolize losing ones sanity. Voila, Marbles !
For some reason, these are my favorite non-card soccer collectible. France had issued standard size marbles with their French Ligue in the 1997-98 season. So when it came time for the hosts (and eventual Champions) to be featured, another marble set was made.
1998 FRANCE TEAM PLAYER MARBLES

Apparently, there were 8 series of packs containing 3 marbles each. Although I do not have a complete checklist, I assume that this included all 23 players plus Manager Aime Jacquet. 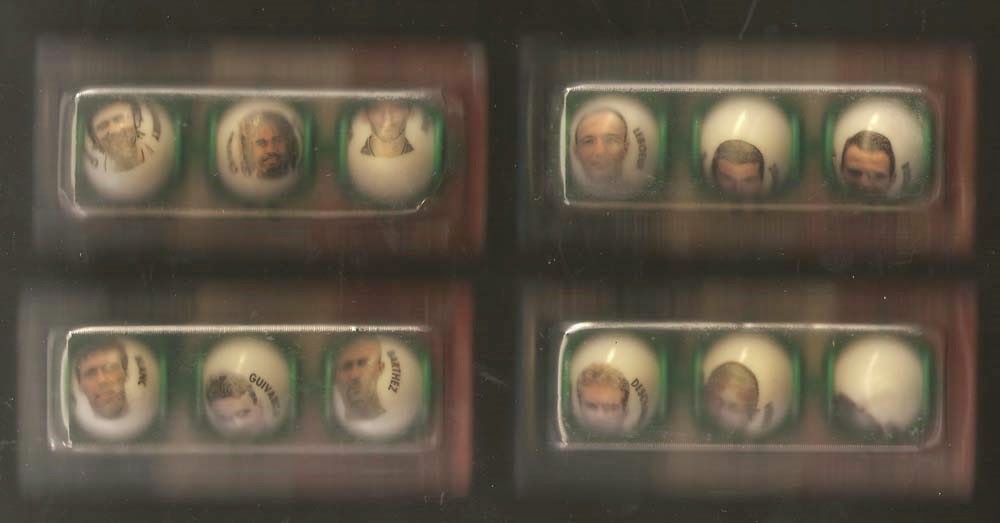 Each set of 3 marbles came on a green rack inside a carded window package. 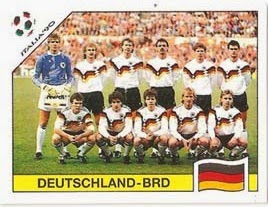 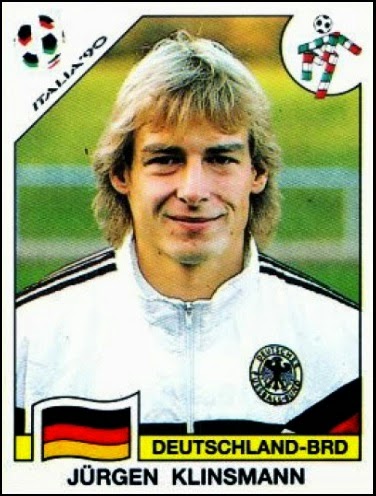 1990 Panini World Cup sticker - Klinsmann
Klinsmann appeared in Upper Deck's World Cup USA'94 set. However, none of the German players were in the regular issue, but only the limited edition hologram set of 5 cards. 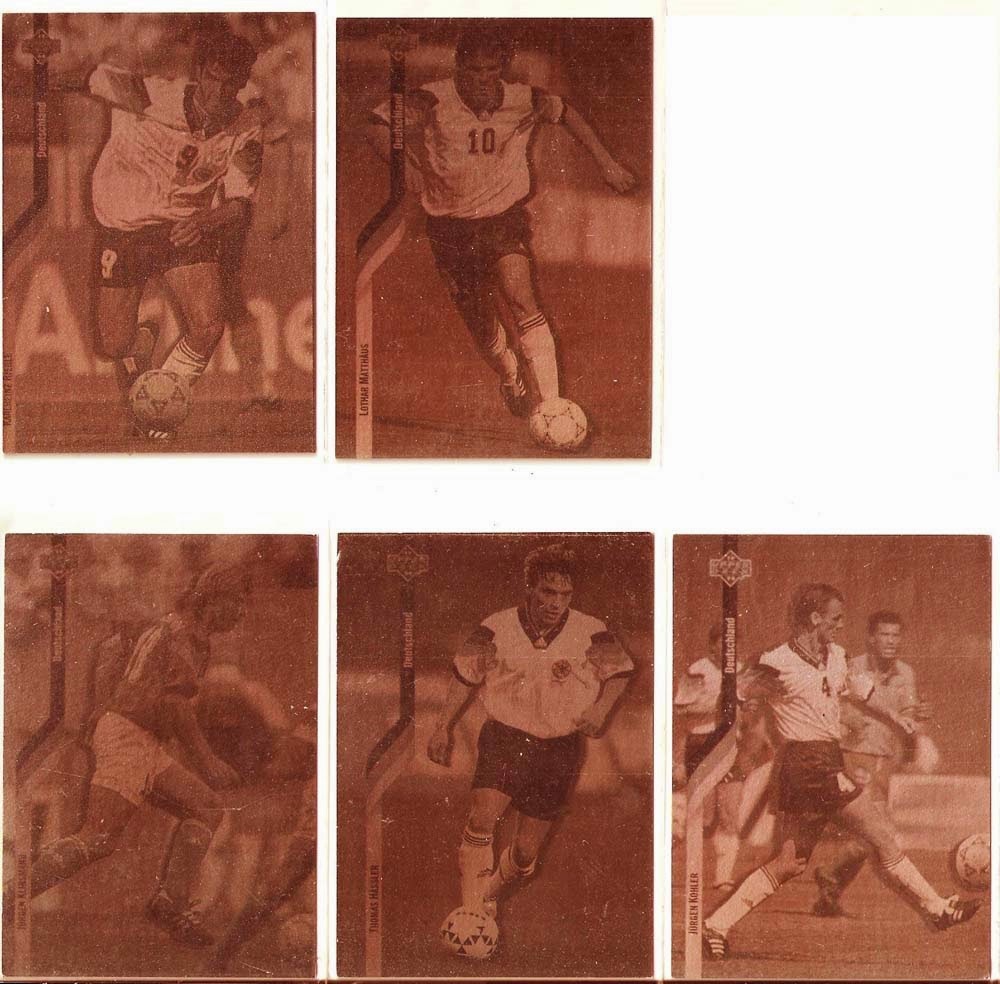 Klinsmann (bottom left) in the strange Upper Deck hologram sub set.
Jurgen made his 3rd World Cup tournament in 1998 in France, but the German side was a shadow of its Championship caliber.
Klinsmann led Germany as Manager to a 3rd place finish when the nation hosted the 2006 Tournament. He took over the US National Team over 2 years ago.
He has recruited several German-born players who have American servicemen as fathers. The five that made this US squad -
Jermaine Jones
John Brooks (aka Johnny Futbol)
Fabian Johnson
Timothy Chandler
Julian Green
Brooks heroics in the first game - coming on as a substitute and scoring the winning goal was a dream (literally) and was dubbed "Johnny Fussball" by the German media.
Klinsmann's tactics have been successful to a certain extent (like Brooks sub / goal) but his insertion of a several defenders and a conservative line up against Portugal may have cost the Americans a victory.
He took criticism for stating that the USA could not win the world cup.
Just a thought to keep in mind - there were many British-born citizens that helped America win independence from England. Let's hope these "Das Yankees" can do the same on Thursday.

Posted by Chuck's Used Cards at 5:41 AM No comments:

For all the gushing about Spain's Team and Portugal's Cristiano Ronaldo, it has added up to a big puff of hot air. The USA defeated Ghana and only a last minute (plus five minutes) lapse of sanity cost them a draw against Portugal.
Must of it was down to this man -  Jermaine Jones 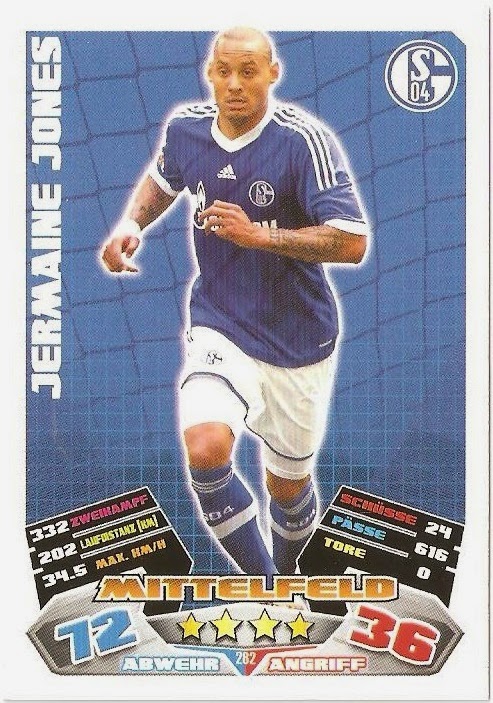 The fact that 5 of the USA's squad are born and developed in German professional soccer, makes the American's last opening round match versus Germany all the more intense. Its not a "do or die" game, but nearly.
jones' heroics gave the USA a 2-1 lead until the 95th minute of added time where Ronaldo's cross was headed in for the tying goal.
Amazingly, the American players from this squad not only appear in Topps MLS soccer set, but also in card sets in Mexico, England, Germany, France, Turkey, Norway and Holland.
Next:  USA vs. Germany (ESPN) Thursday.

Posted by Chuck's Used Cards at 1:24 PM No comments:

With the Orange goal machine ripping through Brazil 2014, we take a look back twenty years ago when the USA hosted the FIFA Tournament.  Many of the great collectibles come from sponsorship and its prevalent in most enterprising nations.
Holland were sponsored by Nationale Nederlanden Bank which were visible on all their training shirts and media adverts.
One of the more significant items produced were rubber erasers with the likeness of players  from the 1994 squad. These caricatures have been prominent since the 1930's in Holland.  The erasers measure about 4 inches by 2 inches. 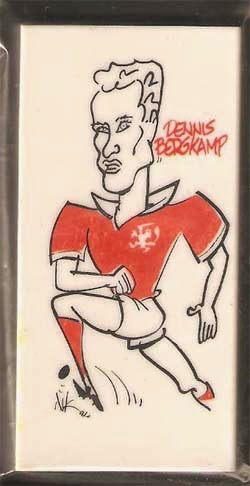 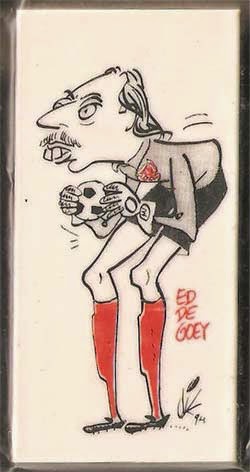 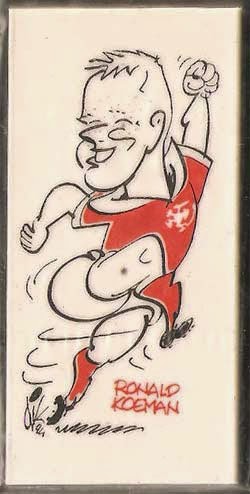 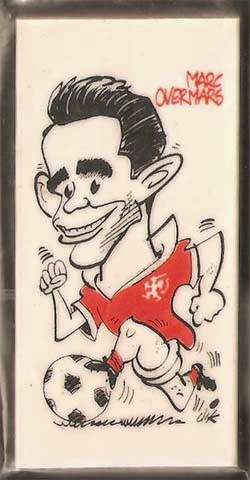 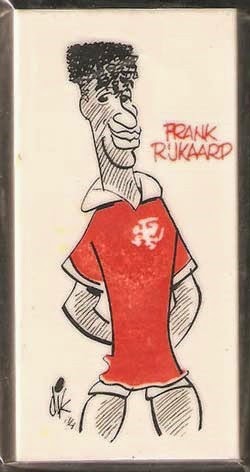 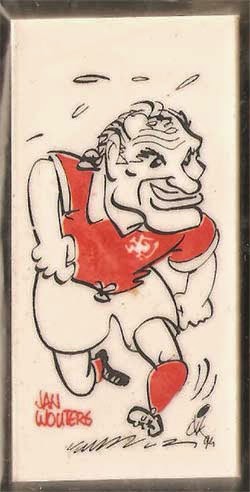 Jan Wouters
These were the only 6 players we know to have been featured.

When it come to FIFA World Cup cards and collectables, I sometimes am very disappointed in what the USA produces - or in most cases, what it doesn't produce.
In a trade that was worth the wait, Ryan over at Japanese baseball cards sent over a reminder what other countries do for soccer's big event: 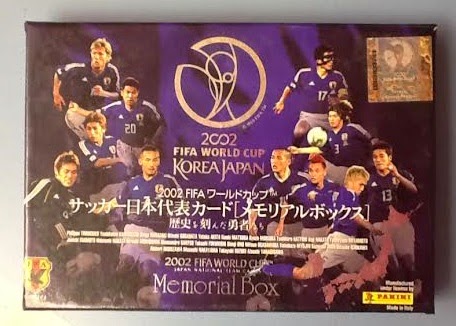 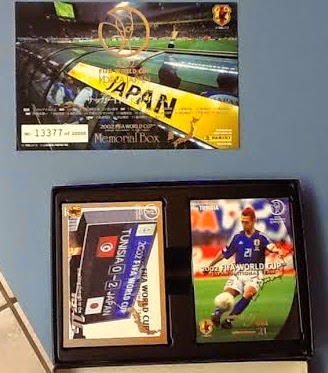 Inside the box in a slotted divider for the cards and a numbered insert post card. Only 20,000 sets were issued. For a national population of 128 million, I'd say its pretty desirable. 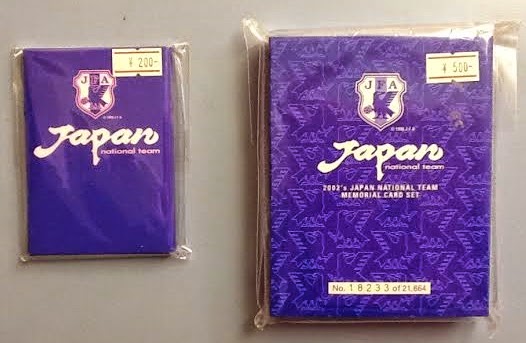 Also included were two sets of cards made by Cablee. A smaller pre-World Cup set from 2001 and a larger boxed set from 2002 when they hosted the tournament.  The 2002 issue is Limited Edition for some reason its numbered to 21,664 sets. 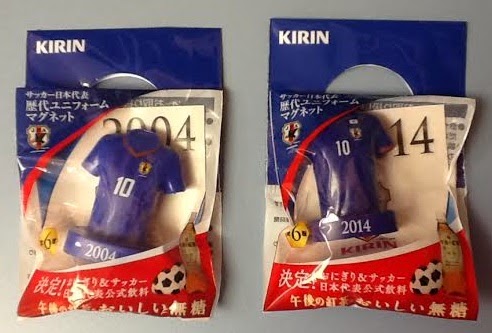 Few things go together better than beer and soccer. So the Japanese have smartly produced these bottle hangers of Japanese National Team jerseys. I have an example of the 2004 shirt and the 2014 shirt.
Japan has a wonderful record of marketing collectibles with drink products. Ryan threw in four bagged PEPSI STAR WARS caps. I need 3 out of the 4 of these for my collection. 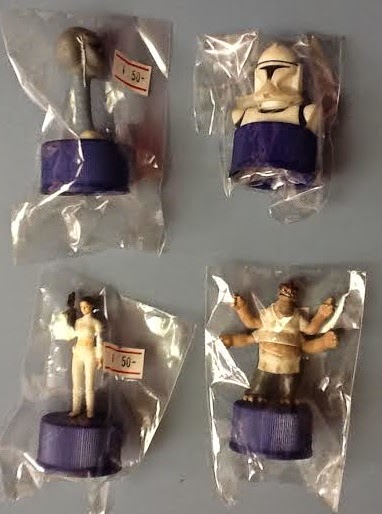 Now its time to watch the World Cup with 3 games on tap today.

Posted by Chuck's Used Cards at 7:12 AM No comments: