There was a time when magazines gave away some of the best soccer player collectibles to their readers. This was a common promotional item in British magazines and newspapers. Many of these were cards from the 1930's and another spell came in the late 1960's and 1970's. 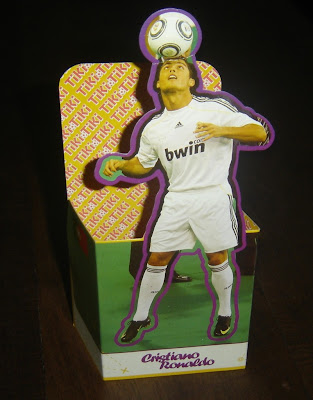 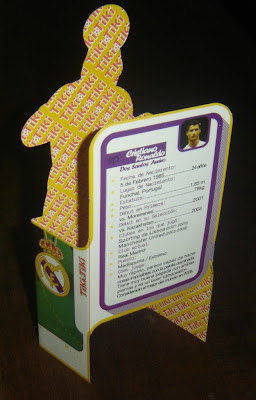 Tiki-Tiki, an Argentine publication, produced these cut out / stand ups in 2009. Not only do they display well with a color photo of the star player, but include their career highlights and stats on the reverse. 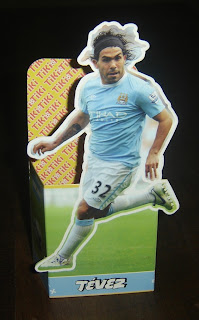 The promotion lasted through the 2009-2010 season and reflects the transfers of Cristiano Ronaldo from Manchester United to Real Madrid. 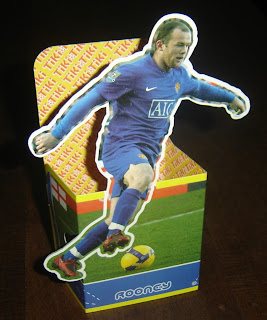 Some issues were before the transfers - like Kaka' who is still depicted with AC Milan. Although there  is not a complete checklist, the set does include at least two National Team group pictures. 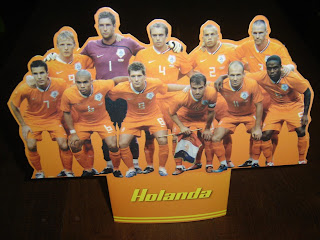