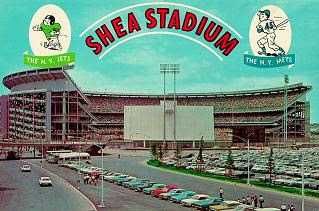 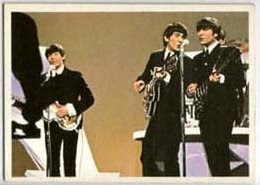 Posted by Chuck's Used Cards at 6:33 AM No comments:

With the clock ticking away, the final out at Yankee Stadium approaches. There has been loads of media coverage; everything from ball collectors to the IRS investigating the financing of the new Yankee Stadium.


No tribute would be complete without the three kings of the Bronx: Ruth, DiMaggio and Mantle. These are arguably the most desired player cards of all time. (Admit it, even if you are
not a Yankee fan you would not turn down the chance to own one of their cards


So here are three from my own collection: 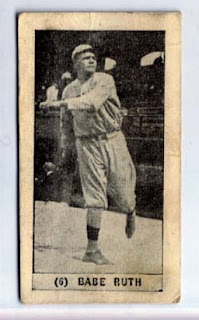 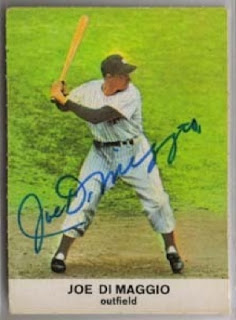 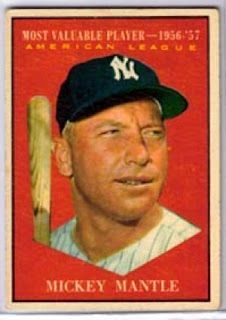 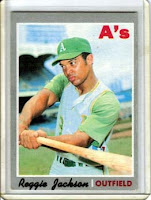 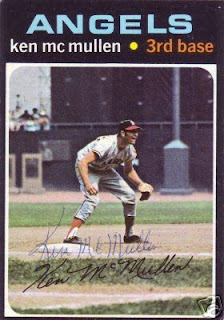 Posted by Chuck's Used Cards at 7:51 AM No comments:

Every card has a story ...
As the U.S. economic tempest looms like a hurricane swirling its way toward the mainland, the uncertainty for card collectors hovers in their minds.
The best advice I can give to anyone who is worries by these events is - collect things you like. If you have been doing this merely as an investment you will only be disappointed. For those of us that look at cards as a form of art, we have always known that art is subjective and measured in the eye of the beholder.
As art, these cards can hold memories of people, places and things that have touched us, however so briefly. From childhood memories to an escape from everyday grind, cards can be anything and everything - a keepsake, a conversation piece or a gift for someone special.
A historical figure who once wrote eloquently about savings, spending and regret of purchases, is the subject of my first card (1952 Topps Look-N-See: Ben Franklin). I purchased this card at a rummage sale for 50 cents. I love the Presidential-like portrait painting used for the card. Ben Franklin was never President and yet has reverence greater than many who have been President. 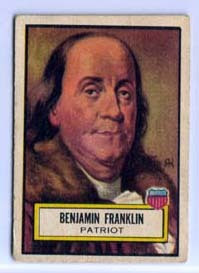 What I find most fascinating about Franklin is not his innovation as an inventor, his diplomatic swagger or even his ability to establish everyday entities like the Fire department, Library or Post Office.
Rather, I am awed by his presence as the very first American celebrity. While his contemporaries like Washington and Adams wore traditional British attire and Wigs, Franklin wore his own long hair and was fiercely independent. When he arrived in France as envoy, he was greeted with waves of fans and feted for his unusual manners usually frowned upon in the French Royal court. He was the first American with rock star status complete with groupies, photo ops (portraits) and public appearances.
I am also amazed when I think of all the time away from the United States while in England and France. How much of this great man's life was spent in months or years on ships that crossed the ocean long before transatlantic travel was speedy.
The proof of Franklin's endurance is his inclusion in a topps set even in 2008.
Ben Franklin was cool. Long live cool.
Posted by Chuck's Used Cards at 6:37 AM No comments: