Out with the old - In with the New

So what has been keeping me from writing ? My apologies to all the followers and the ones that check in time to time. I have been writing alright, but just not on my blog. 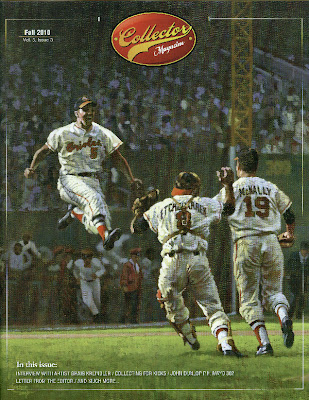 I had an article published in the SGC Collectors Magazine  (above) - a hobby publication associated with professional card graders. In the past, this periodical has been mostly baseball oriented. However, if you read my article, you will know how the whole global soccer trading card craze has emerged.

I've also been working on a book. So, these posts are killing my typing hands ...

Argentina's TIKI TIKI Magazine has again produced a wonderful set of international star players. The front of the card depicts the players with their club team with National Team flag,club logo and position. There is also a player rating on a color chart.

The reverse of the cards have the player pictured with their National Team along with career highlights and other statistics.

This reminds me of the English 1972 IPC Magazines that had large insert cards.

These included England and Scotland players featured in their National Team jersey.

The cards were perferated so that you could punch out the player and a grass green stand to display them. 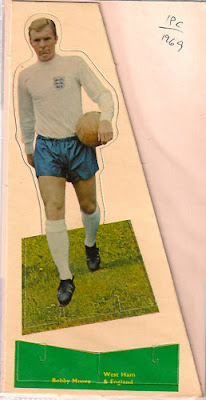