I had to go a few thousand parsec from my part of the planet, but I was able to acquire the most coveted action figure in the galaxy. Ok, that may be a lot of Bantha Poodu, but this BLACK SERIES BOBA FETT is most certainly in demand among collectors.
And, I did have to travel out of state to get it. 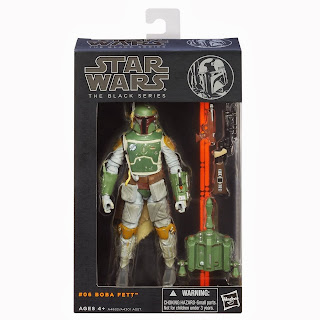 Soon afterwards, I came across a garage sale that had this ... 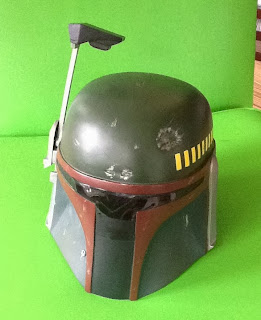 The 1997 Don Post BOBA FETT helmet.
I was lucky when I acquired my first Star Wars Don Post helmet - a 1977 Darth Vader version found on top of someones recycling bin !
Since then, I've picked up a nice Clone Trooper helmet and several full scale weapons. 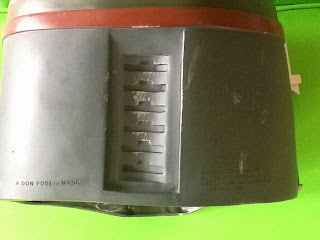 The Don Post head gear are the most respected and quality of the licensed Star Wars costumes. They are only superseded by custom made versions which can go into the thousands of dollars.
I got mine for considerably less.
Happy BOBA FETT celebration to everyone this season.

Congratulations on picking up the Fett Black Series figure. I've seen review on YouTube and it's awesome. It's one of those items that will forever remain on my wishlist, because I can't imagine these will ever drop in value to a price point I could afford.