George Bassett loved candy. Little did he know when he began that starting in the 1930's his confectionery sweets would be associated with soccer cards.  The company subdivided into Barratt Candy which issued some of the only English cards from the 1970's to the 1990's.
As a collector of certain players, I was able to check off a few of these with a recent purchase. 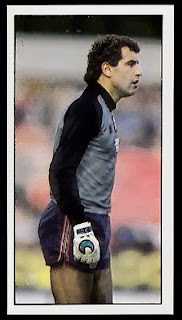 1986 Barratt # 34 - Shilton
My collection of PETER SHILTON cards stands somewhere around 40 to 50 issues. (I need to make a Master List for him). 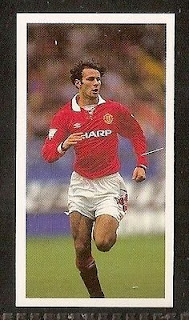 1995 Barratt # 2 - Giggs
You cannot go wrong with the only player to play and score in EVERY Premier League season since it began in 1992. Manchester United's RYAN GIGGS is that Record holder. 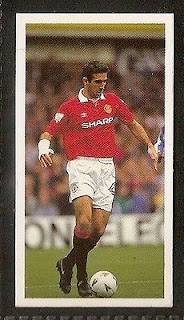 1995 Barratt # 1 - Cantona
Probably my favorite Manchester United legend ever, other than George Best, is ERIC CANTONA. If you want to see a great soccer movie, check out "LOOKING FOR ERIC". 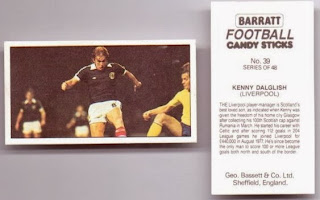 1986 Barratt # 39 - Dalglish
I probably don't collect any modern  retired player as frequently as "King Kenny" DALGLISH. The Liverpool legend appears on this card in a Scotland jersey. 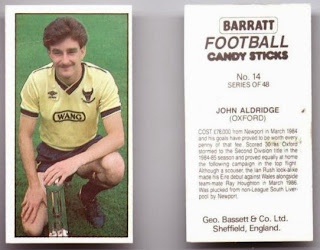 1986 Barratt # 14 - Aldridge
Another Liverpool and Ireland star before he joined the Anfield club - JOHN ALDRIDGE. 1985 Barratt # 2 - Heath
A star from the "blue" side of Liverpool, was Everton's ADRIAN HEATH. Heath has been the Manager here of Orlando City - winning two 3rd Division Championships. The team will begin playing in MLS in 2015.
MERRY CHRISTMAS, HAPPY HOLIDAYS and HAPPY NEW YEAR !