Every passionate card collectors has their wishes and dreams - mine of course is to have every player who every appeared on cardboard all visible in one showcase. Well, one can dream, right ?
For now, the quest continues.
I search for gems to add to my collection but also cards that can be utilized as a teaching tool or informational artifact.  While a good portion of pre-war cards are either a portrait picture or distant action shot of a player, only a few sets depict these men in full uniform from head to toe on a larger scale.
This is the case with the TOPICAL TIMES Series of the mid-1930's. 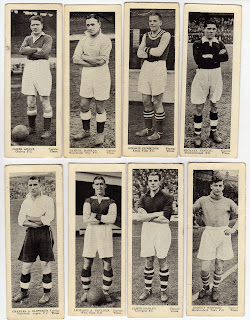 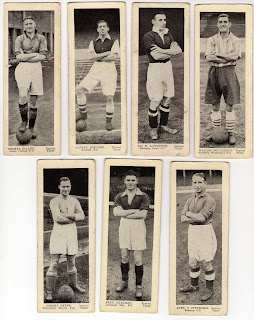