There is an elephant in the room and no one seems to care its shitting on the rug. Professional Sports Authenticators a.k.a. - PSA - is a business that slabs collectibles. Its President, Joe Orlando, claims they are instrumental in  furthering the hobby.
I beg to differ, and back my words with further proof of malpractice -
EXHIBIT "A" is the graded rookie card of the great soccer star "PELE". 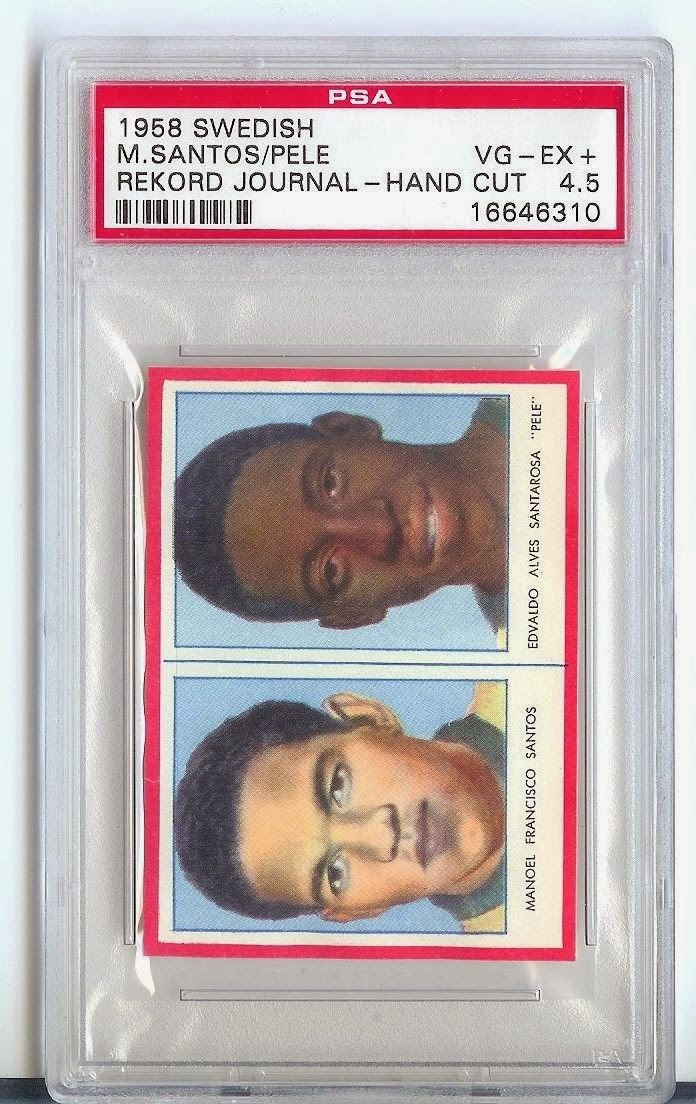 A few years ago you could have passed off any card of the superstar made before 1980 as his debut or "rookie" card. But todays' soccer collector is much more informed and far more knowledgeable.
You need not be the sharpest tool in the shed to know that the above card is shared with another World Cup star - "GARRINCHA".
What PSA lacks in knowledge they make up in false profits ! Someone paid good money to have this item graded and identified.
Well, PSA got it only HALF right !
While it would not technically be incorrect to label the slab with a player's full given name, it would be almost a sin to do so for a Brazilian player. As most soccer fans know, Brazilians go by their nickname and not their actual baptismal title.
EXHIBIT B 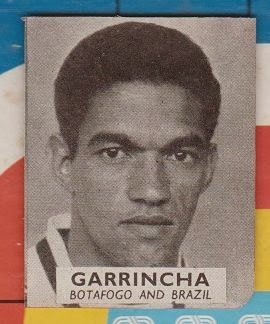 A comparison to of the 1958 card with the above example is clearly proof that Garrincha is featured on the Exhibit "A" card. 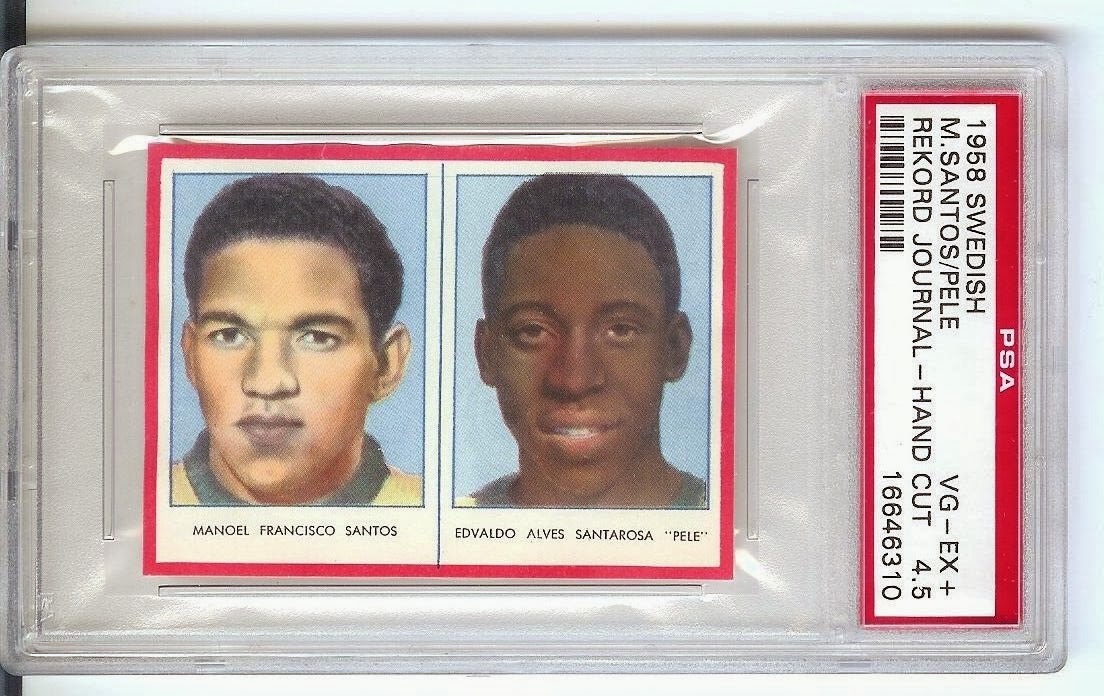 Not knowing that the card was shared by a a superstar such as Garrincha, is like baseball card collectors not knowing that a guy named Nolan Ryan also appears on Jerry Koosman's rookie card.
The misleading label is also paramount to identifying Babe Ruth as only George Herman. I pity the fool who pays such money only to be duped by PSA.
As our cartoon heroes GI JOE's used to say - Its good to know, "and knowing is half the battle".