No era in hockey reflects the term "Dynasty" like the decade between 1950 and 1960. The teams that Montreal put on the ice exhibited everything from toughness to skill, and from determination to innovation.

No one probably carried this better than the one referred to as "Le Gros Bill" - or "The Big Ticket" in English. Jean Beliveau inherited the mantle of great leadership from Toe Blake and "Rocket" Richard. More significantly, no one accumulated more Championships than Beliveau - 10 as a player and 7 additional ones as a staff member. 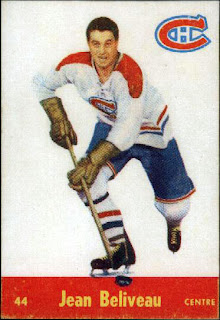 The "Rockets' durability on ice was passed on to Bernie "Boom Boom Geoffrion - the innovator of the slap shot - and aptly nicknamed. He was to be immortalized in beer commercials after retirement. 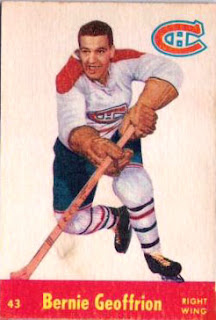 With all the star power gathered in Montreal, it is a wonder there was room for others to excel. But Dickie Moore did just that. He did not compare with the flamboyant line of Beliveau or Geoffrion, but he did win two Art Ross trophies as leading scorer in the NHL. 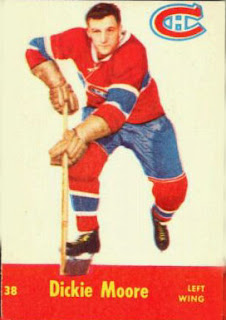 When it comes to Montreal's line of great net minders, someone special had to come along to maintain the quality. That man was Jacques Plante. Best known as one of the first goalies to regularly wear a mask, he helped design and publicize their use. He was also a pioneer in organizing his defense and countering the offensive attack. In addition, he hauled in 5 Vezina trophies during his career. 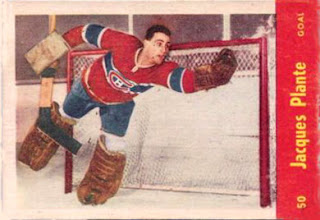 After winning the Stanley Cup in '52-53, Montreal lost it to the Detroit Red Wings the following season. The series went to a full seven games. What followed from 1955 to 1960 was five consecutive NHL Championships. Unbeatable, unstoppable and incomparable in every position, The Canadiens were hockey's best franchise. And there home became the fortress. 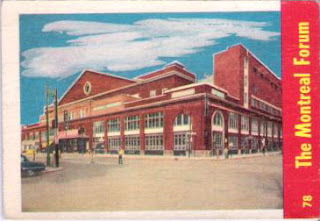 The Montreal Forum, which had been in use since 1926, already hosted NHL Champions - Montreal Maroons. When that club met its demise, Les Habitants became the sole occupants in the house they once shared.
The Forum became hollowed ground - hosting various Rock legends - Canada's own RUSH and filmed in the QUEEN live album performing "WE ARE THE CHAMPIONS. Nothing could be more fitting.