Taking a closer look at vintage cards has become a hobby. If we examine many of these before the days of whacked photographers and egocentric superstars (i.e. pre-upper deck) - the TV GUIDE reads as follows:

Preston vs. the Love Bug:

The vintage VW bus in the background fits in with the swinging 60's although it would be another decade before the afro-sporting Frenchy Fuqua and Franco Harris rocked Pittsburgh. 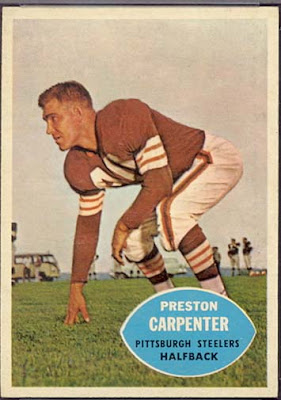 The Chicago QB was caught wearing a pair of Air Jordans and had to return to reality. Forget the fact that the Cards were playing in a baseball stadium. They were soon banished to St. Louis. 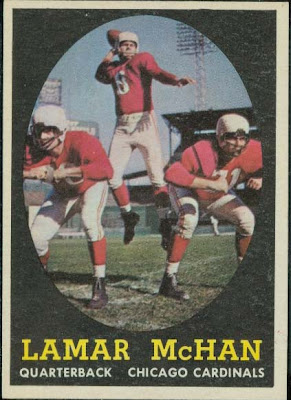 A lonely farmboy who was so destitute that he had to throw passes to himself in the pasture. Not a bleacher nor hashmark in sight. 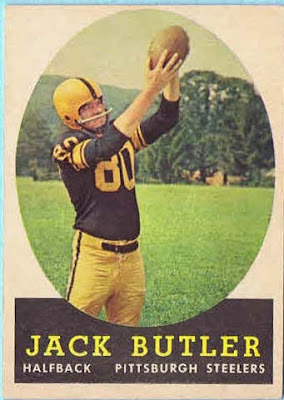 Heeeeeeeere's Johnny:
Before he got the Tonight Show in Hollywood, John was seen at old Griffith Stadium snagging tossed albino footballs. 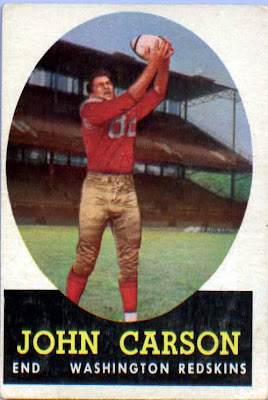 Carr's Chicago Cards Cards:
Just to prove that it was a baseball stadium (Wrigley Field), here is better look at the box seats along the 1st base line. 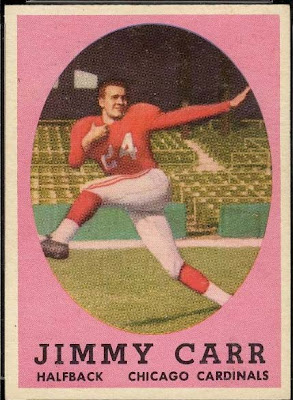 C.B.'s Used Cars:
More Cardinals - more cars. C.B. had a long name - it would have been a fortune to put it on a sign. The Cardinals could have used a lawnmower. So they moved to St. Louis ... and finally Arizona where there is no grass. Problem solved. 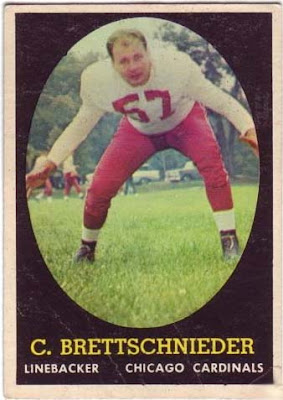 Chicago Vice:
Was Zeke was auditioning for a part in L.A. - otherwise how do you explain the palm trees and the bungalow ? 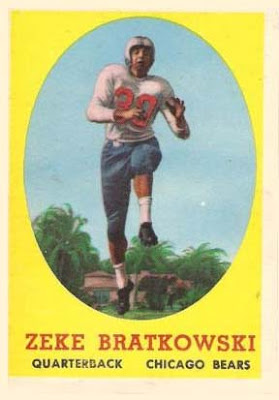 The West Wing Back:
One of my favorite team photos - the Washington Redkins showing some cool architecture in the Capitol. 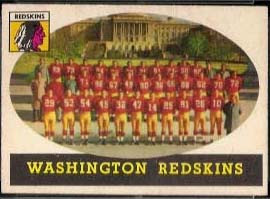 The Peeps of San Francisco:
Good old John Broadie sneaks into the family photo of Coit Tower. He retires to become a pro golfer. 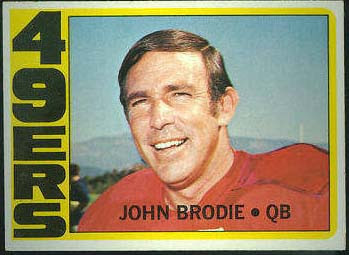 Terrifically fun post. So many captions, so little time.