I have to admit that I have a dilema - on the one hand I don't think people who have not paid for the right to do so, should profit from other people's work.
However, on the flip side, if there are people not using something that other people want, then there is no need for waste.
Here is what I am talking about : 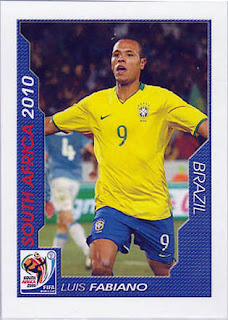 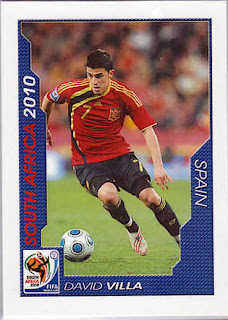 Primetime Promos - listed out of Frisco, Texas - has been selling these World Cup cards on the internet. My problems is that look pretty cool and I would mind have a few of them (or the set ?).  They have the WC 2010 logo and nice graphics. 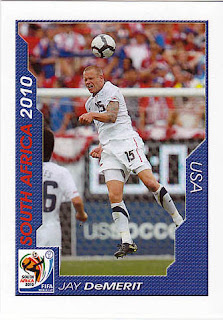 A good question to the US Soccer offices and their marketing people: why didn't you market this type of card with some product ? Soda ? Soap ? Cereal ? Potato Chips ? Anything we could consume during the World Cup games ?
This is a major fault for not keeping up with the rest of the soccer world. Sure we got the Panini and Topps Match Attax, but why not just a set of USA players.
I'm not plugging them here, but for past World Cups BP had a mini card set for English WC players. It's the only thing I would ever want released from the oil company of idiots.
But there have been bank coins, grocery chain cards, even a set of large erasers with the Dutch National Team player ...
So while I do not advocate the production of unlicensed collectables, perhaps this will wake up the men in suits who have the opportunity to do so but choose to waste the chance.
Posted by Chuck's Used Cards at 7:10 PM