Anyone who has read this blog regularly knows my distain for Upper Deck and their piss poor MLS soccer card issues. Printing errors have been part of the hobby since Guttenberg pressed the first bible.

However, the excuse for making an error that a First Grader can see is inexcusable. Here is a perfect example of why Upper Deck should not be making soccer cards for MLS fans ... 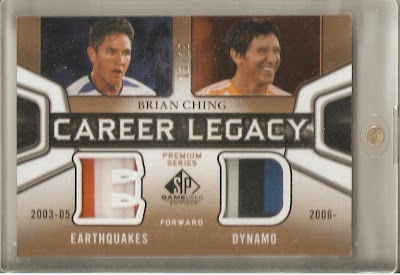 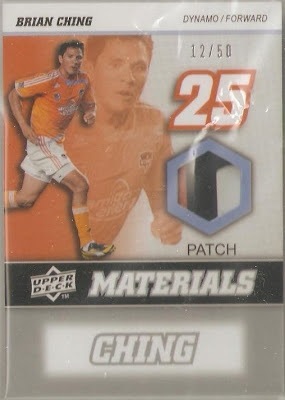 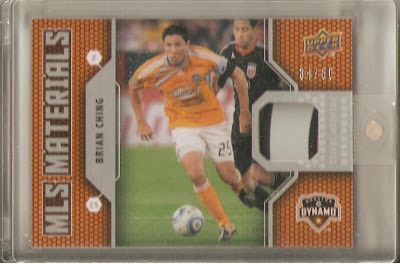 Can it be any clearer ? 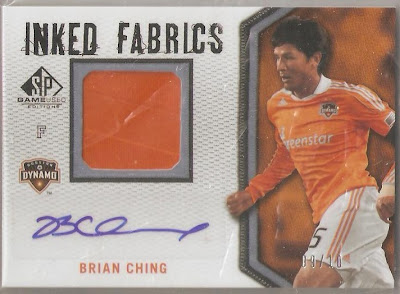 Houston Dynamo are orange - San Jose Earthquakes wear blue.
What amazes me is that a company that can produce the waste plant material like the above, can also issue classic soccer legend cards like the Goodwin series (below). 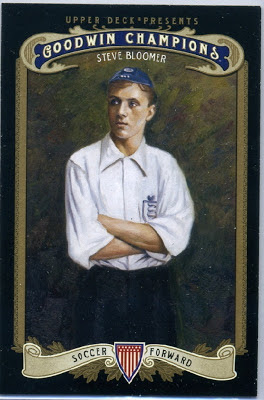 Although this 2012 Goodwin sample is not without error. For some soccer collector's, it may appear that STEVE BLOOMER played in the USA from the star and stripes shield under his portrait. At closer look, we can see the 3 Lions crest on his shirt depicting the England National Team.
And yet, this modern issue is a great link to soccer history at an affordable price. That is unless you can first find, then pay, the $200-$300 or more for this rare Clarke's Cigarettes issue from 1902. 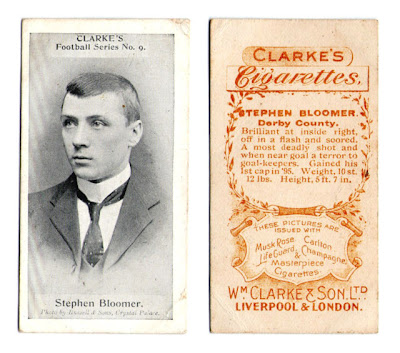 It is becoming very clear why Upper Deck is losing its licenses for all the sport leagues. I would not shed a tear if they lost the MLS too. I would actually prefer a card maker like In-The-Game to come along and produce unlicensed cards with great history and memorabilia.
Upper Deck has become Sewer Dwellers. If the card maker doesn't care, why should I collect them ?
Posted by Chuck's Used Cards at 7:37 AM

I think my greatest fear is that In-The-Game starts making Premier League cards. I'm not sure I could avoid buying a case or so of those cards.

Careful what you wish for (that includes me). If In-The-Game did start making English League soccer cards, my vintage card quest could be seriously derailed !