As my pursuit of the Football League 100 greatest players nears to completion, I am acquiring other "subsets" that reflect the glory of the game. Nothing is more famed then those player cards that depict the heroes that come through on the biggest stages - The Championship Final.
One of the Greatest who appeared in 4 World Cups including scoring in two of them was PELE'. The Brazilian was one of the early Latin American stars to appear on trading cards OUTSIDE his country.
Pele was featured on the series of cards produced by  Swedish Magazine REKORD. The cards were initially part of the front cover and designed to be cut out. The backs have a short biography and a dotted line space for an autograph re-enforcing the concept of being collector cards. 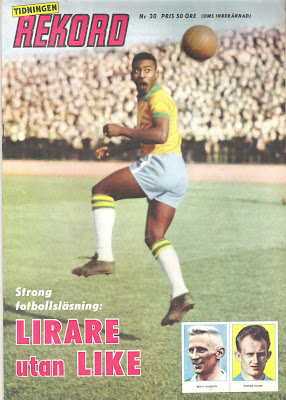 Pele is pictured on the cover of this 1960 issue while other players on the trading card.
Pele shares one of his earliest cards with another Brazilian legend Garrincha. Both superstars are identified with their full give names - not their adopted footballing name. However, Pele's name is correctly - (Edison Arantes do Nascimento). 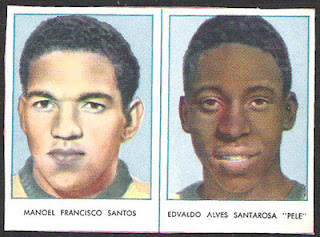 Garrincha shares Pele's debut international card.
The original cover that included the Pele card had a boxer on the cover. 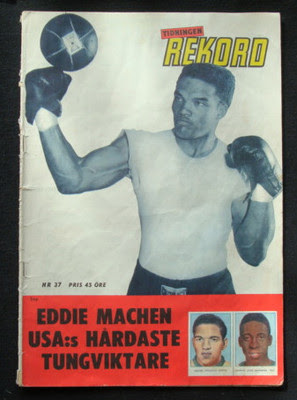 I recently acquired the Rekord Pele card to begin a collection of players that scored in a World Cup Final.