Growing up after the space age, rockets and astronauts ... it was a thrill to tune into an All-American TV show called THE SIX MILLION DOLLAR MAN starring LEE MAJORS as STEVE AUSTIN. 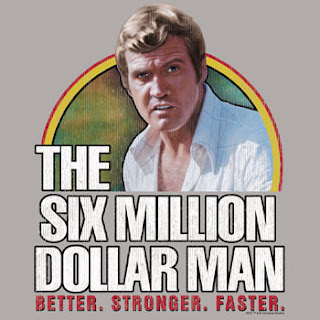 With the Olympic motto being quoted recently - higher, faster stronger - it rings a bell when watching the hit TV series intro.

Here is a look at the way the show began each week : 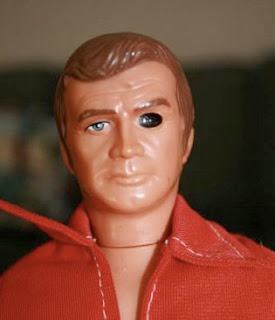 This weekend I found this at a garage sale and had to have it. Standing taller than the 12 inch G.I. JOE, at 13 inches, the BIONIC MAN is a powerful force. 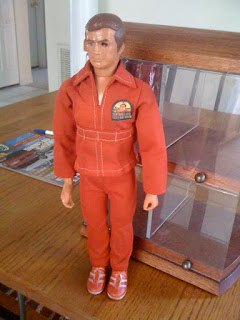 This figure is version 1.0 from 1975 with variants produced later in 1977 along with agents, villains, Big Foot and even a Bionic Woman.

1975 was about this time that the great soccer legend PELE' joined the New York Cosmos. He was the first athlete in American sports to break the million dollar barrier. He was shortly followed by Andy Messersmith of the Los Angeles Dodgers. (officially Nolan Ryan was the first million / per year)

I was not long after that sports writers loved to use the "million dollar man" tag with players who signed lucrative contracts.

Just think what Steve Austin, with a good agent, could ask as a sports athlete in today's game ?