For those of you tuning into the blog for the card find and expecting a "Black Swamp" payday, all apologies. This is my version, and more like "Florida Swamp" find.

The second group of cards I purchased at the yard sale were from the 1940 WINGS CIGARETTES - MODERN AMERICAN PLANES. The cards were produced for Brown & Williamson Tobacco Company of Louisville, Kentucky. 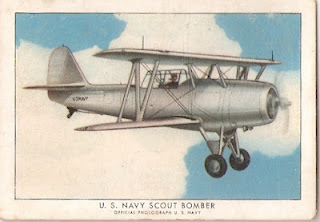 The 50 card set featured several military aircraft. Despite the title, here are no jet engines, only propellers. 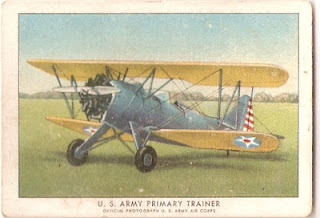 By 1940, surplus WWI biplanes (double wings) were used for training, not combat. 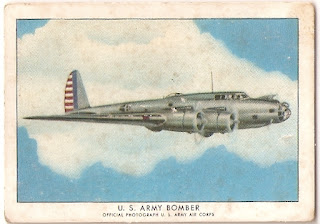 Some of the bigger planes (bombers) were now in regular service. 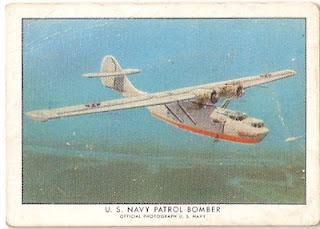 Some unusual designs appeared in the set. 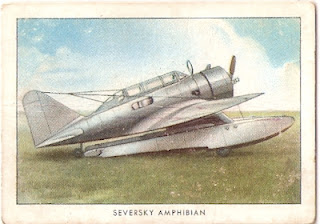 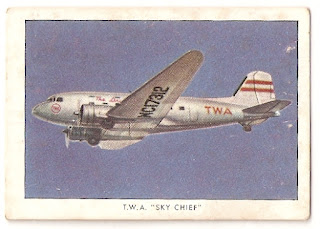 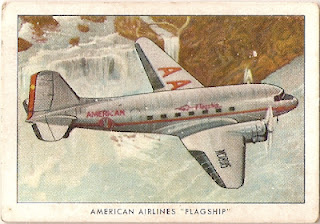 American Airlines (above) were in business. [check out the waterfalls in the background]
The set still contains some of the power-punch fighter planes. I bet they didn't charge for pillows or peanuts ! 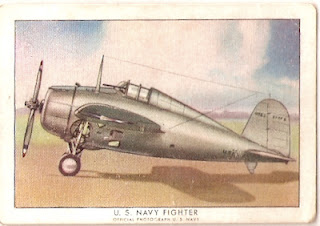 The advent of private commuter planes was the novelty in air travel. It must have been very new as the  names caused an error in the set.
The SPARTAN EXECUTIVE was listed as "Sparton". Brown & Williamson  would release a further 3 series in the following years. 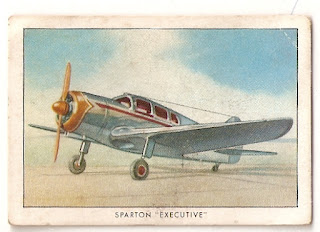 The "Spartan" error was corrected in the next series. It seems the error card is one of the more sought after cards in the set. 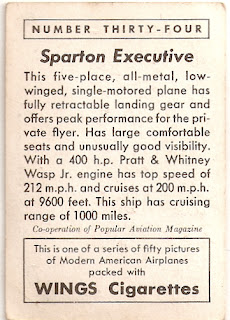 The cigarette packs were very affordable during the war, costing 10 cents when most packs sold for a quarter dollar. I got 15 cards, so I guess I made out even better.