The Seattle Sounders would have gone down as the greatest Cup team in American history. But the home field advantage went to Sporting Kansas City in the 2012 U.S. Open Cup Final.

It was not a ballet, but a slugfest as Brazilian Paolo Nagamora finished with a bloody gauze taped over the left side of his face.

Kansas City ended a drought that neither the Chiefs or the Royals have been able to fix. Sporting Kansas City cards will probably get a bit of the bump on the hobby market. 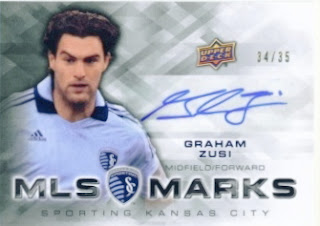 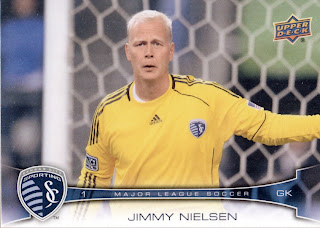 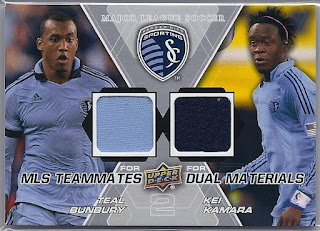 I like this horizontal card of Nielsen. Remember a few blogs ago I featured his Danish rookie card. Nielsen  was voted MVP of the match. His crazy antics during the Penalty Kicks was surreal. But the Captain came through and lifted the Cup for the MLS club. 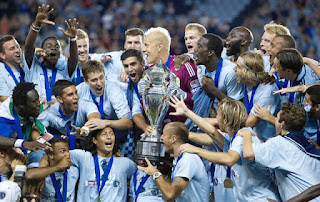 The Gold Medal soccer match is on Saturday. Brazil v Mexico. Its been an good tournament with lots of young guns emerging. I'm hoping that some are going to show up in the next FUTERA or Panini set. The MLS had half dozen players in the Olympic Soccer competition.

One of the stars - ROGER ESPINOSA - 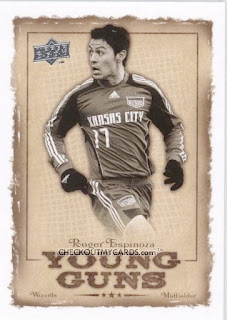 played in the U.S. Open Cup Final for Sporting. Rumors have him moving to a big European team at the end of the season. His rookie card is still a bargain at .90 cents at the above web site. The European season has begun with qualifying games and some leagues had their first week of play.

To think what might have been if the USA had qualified for London 2012 ... 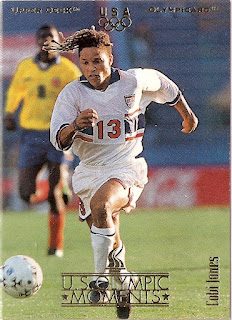 The "red rocker" looked better getting his head kick in then in a tie and jacket as ESPN analyst. 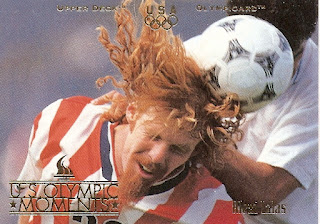 Are you ready for some REAL FOOTBALL ?