Dealing in vintage toys can be lucrative. There are many adults recapturing their youth by buying the toys of their childhood.

My latest foray into the toys world has nothing to do with the above. I never had THOMAS THE TANK ENGINE Trains, nor did I have want of them.

There was apoint in time that I though even the people associated with this phenomena were over the hill. For those unlearned, THOMAS THE TANK ENGINE was a character created by a British author and made into a children's television program.

At various times, it was hosted by "train conductors" like George Carlin (American Comedian) and ex-Beatles, Ringo Starr (British Rock Drummer). So what were they onto ? (Or what were they on ?)

I recently acquired this large THOMAS train engine (below). 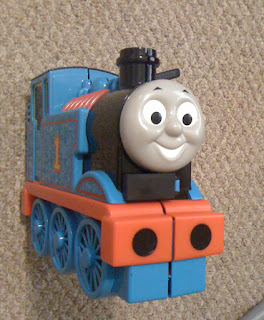 It looked cool and had a handle that would be assumed to be a carrying case. 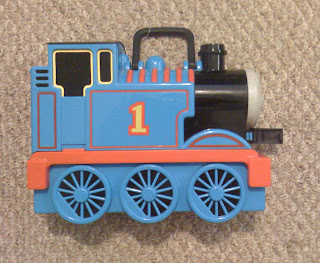 When it was opened, I found it had separate compartments for the different characters in the television series. 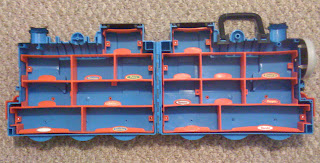 and what was once one train ...

... turned into a train yard. Not only was there Thomas the engine, but engines Henry, James and Gordon. 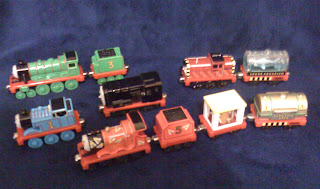 There were also coal tenders, a bumble bee car, a tank of electric eels and a shark tank !

I first saw these toys that my nephew owned. He had several and a play table that went with it. I have sold a bunch of these from my store through the years. I think they are colorful, playful and most of all well made.

The early versions were made from wood. Most of those are retired. There were some smaller die cast metal ones which are also out of stores now. Today, most of the ones that are in circulation are larger die cast.

While some people collect cards and ponies, I am looking for Thomas and Friends.