The good and the bad of a great party is that some people get to go - others do not.
The 2014 FIFA World Cup will be a big party. After all, it will be hosted by soccer's party nation - BRAZIL.
As World Cup Qualifying comes to a close, the end is marked by the final play-offs that pit the many also-rans.
Uruguay, blessed with talented strikers like Liverpool's Luis Suarez and PSG's Edison Cavani, will have to play Middle East upstart, Jordan.
While 8 European teams will battle it out for the 4 final places, the draw pitted two of today's fan favorites: 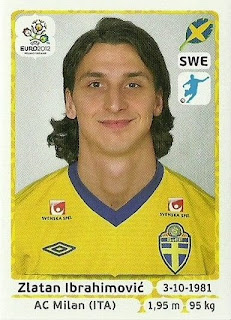 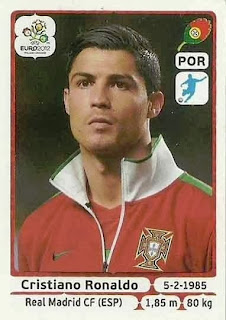 PORTUGAL'S RONALDO
The home and away series to be played this month was drawn as follows:
GREECE v ICELAND
UKRAINE v FRANCE
CROATIA v ROMANIA
SWEDEN v PORTUGAL
While it is a possibility that France, the 1998 World Cup Winners, may miss the tournament, it is a fact that either Portugal or Sweden - with their super stars, will sit this one out.
Zlatan has 46 international goals (93 caps) for Sweden while Cristiano has 43 goals (107 caps). Ronaldo has appeared in the 2006 and 2010 World Cups. Ibrahimovic has made it to the 2002 and 2006 tournament finals with Sweden.
Cristiano scored both of Real Madrid's goals in its Champions League match this week. Ibrahimovic score 4 of PSG's goals in its 5-1 crushing of Anderlecht.
see it here - http://www.bing.com/videos/search?q=ibrahimovic+anderlecht&FORM=HDRSC3#view=detail&mid=6CF11227762DD97DE4476CF11227762DD97DE447
Only one will be in Brazil ...
WHO WOULD YOU RATHER SEE AT BRAZIL 2014 FIFA WORLD CUP ?

I can't believe that France, with that talent, has to go the playoff route.
And..... either Sweden or Portugal is out?! Wow.

a small piece of me is rooting for Iceland... what a story that is.