Over the past few days one of the movie channels ran the entire catalog of seven PLANET OF THE APES films.

One of my first memories of trading cards came from seeing the display in my local "5 and Dime" (when things actually cost that much) of the APE movie. 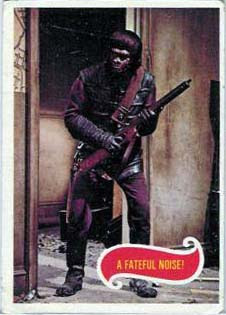 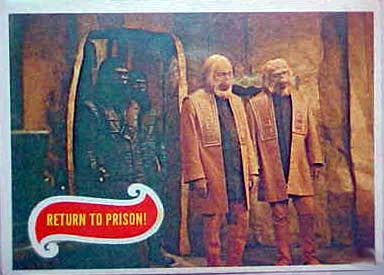 The series was a box office hit as a Sci-Fi film, but later reasonated for its social impacts. As a collectible it made it way as far as Argentina (see below) in the form of pogs. 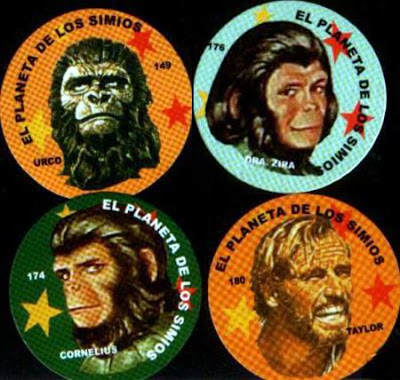 If you ever have a day to watch the entire library of 7 movies, I recommend it.
GO APE !
Posted by Chuck's Used Cards at 6:38 AM

A Heston pog? Woah. Now I do believe I have seen it all. I love the Apes, although the TV show was pretty bad.

You might find this page interesting, as it contains scans of the entire set of POTA cards, as well as several fan-made sets: http://pota.goatley.com/cards.html.

Sincerely,
Rich Handley
Timeline of the Planet of the Apes
http://www.hassleinbooks.com

Sweet I didn't know there were POTA cards! I just bought the whole set on Blu-Ray!

I remember collecting those Planet of the Apes cards in '74. I wish I still had 'em!