The Second World War disrupted the chance for any of the original six to establish a dynasty. But the birth of one was brewing in Montreal as the Habs secured two Stanley Cups in 1943-44 and 19-45-46. 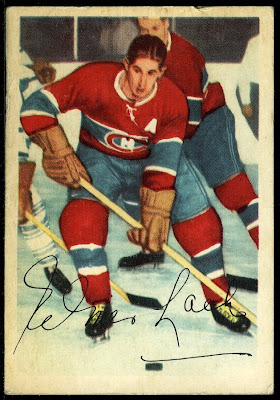 But the real surprise was a player who had every promise but was injured in two of his first three seasons. Maurice Richard earned a place as one of many other players went off to serve in the army. 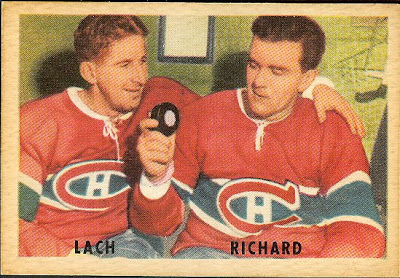 The "PUNCH LINE" - of Blake, Lach and Richard was to become the mainstay of the upcoming Montreal dynasty. 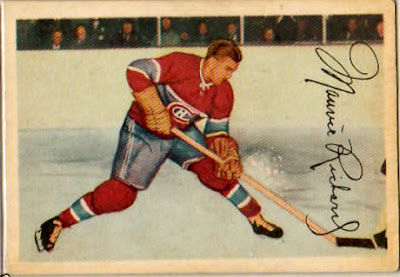 Maurice Richard was dubbed "The Rocket" by teammates even though he broke his ankle and arm in consecutive seasons at the beginning of his career. 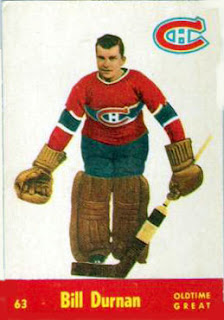 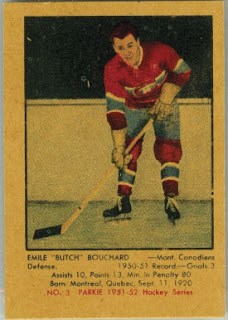 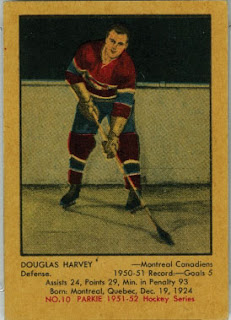 Since there were no major cards produced during the war years, many of these players rookie cards debuted in the 1951-52 Parkhurst set.
Posted by Chuck's Used Cards at 5:07 PM

You've got some of the nicest looking older hockey cards I've ever seen. I never knew about Montreal's goalie using two gloves.