The last stop for the US Mens National Team (USMNT) was in Jacksonville, Florida before heading to the 2014 FIFA World Cup in Brazil. Everbank Field has hosted several international matches in the past year and has set attendance records each time.  This occasion was not different as 52,033 packed in to send-off our American boys ad they beat Nigeria who is also head to Brazil. 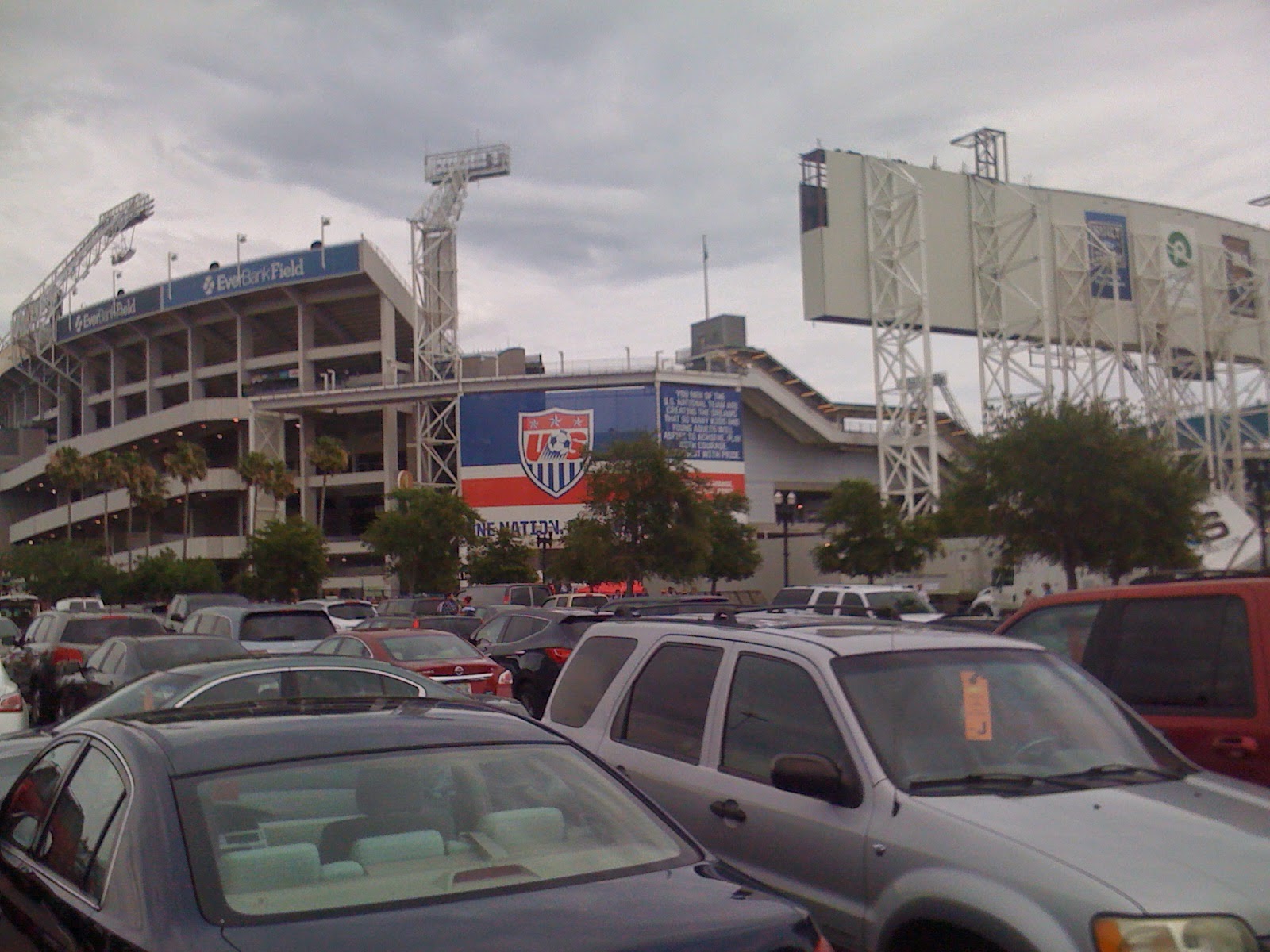 The sign welcoming the Yanks to Jacksonville
There was plenty for the fans to do and see among the pre-game tailgating mahem - including a giant fan fest that had loads of free stuff from food to soccer souvenirs. 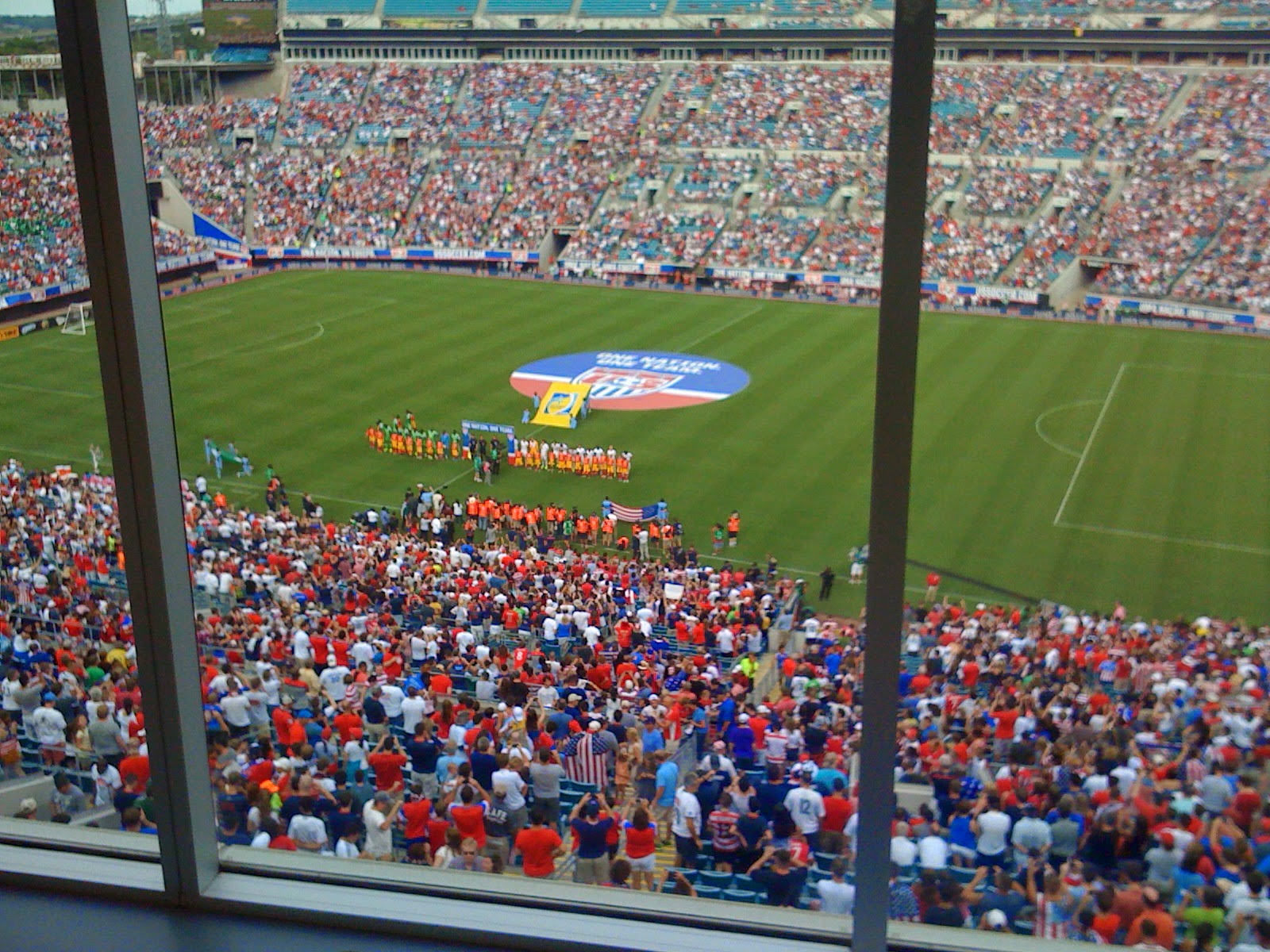 My view from the press box for the contest
In addition to the USA's 2:1 victory, fans went home with some great momentos.

I first read about these on Soccer Americana's blog - http://amersoccer.blogspot.com/  where Nabisco, one of the better product supporters of US Soccer, have these hitting the store shelves. 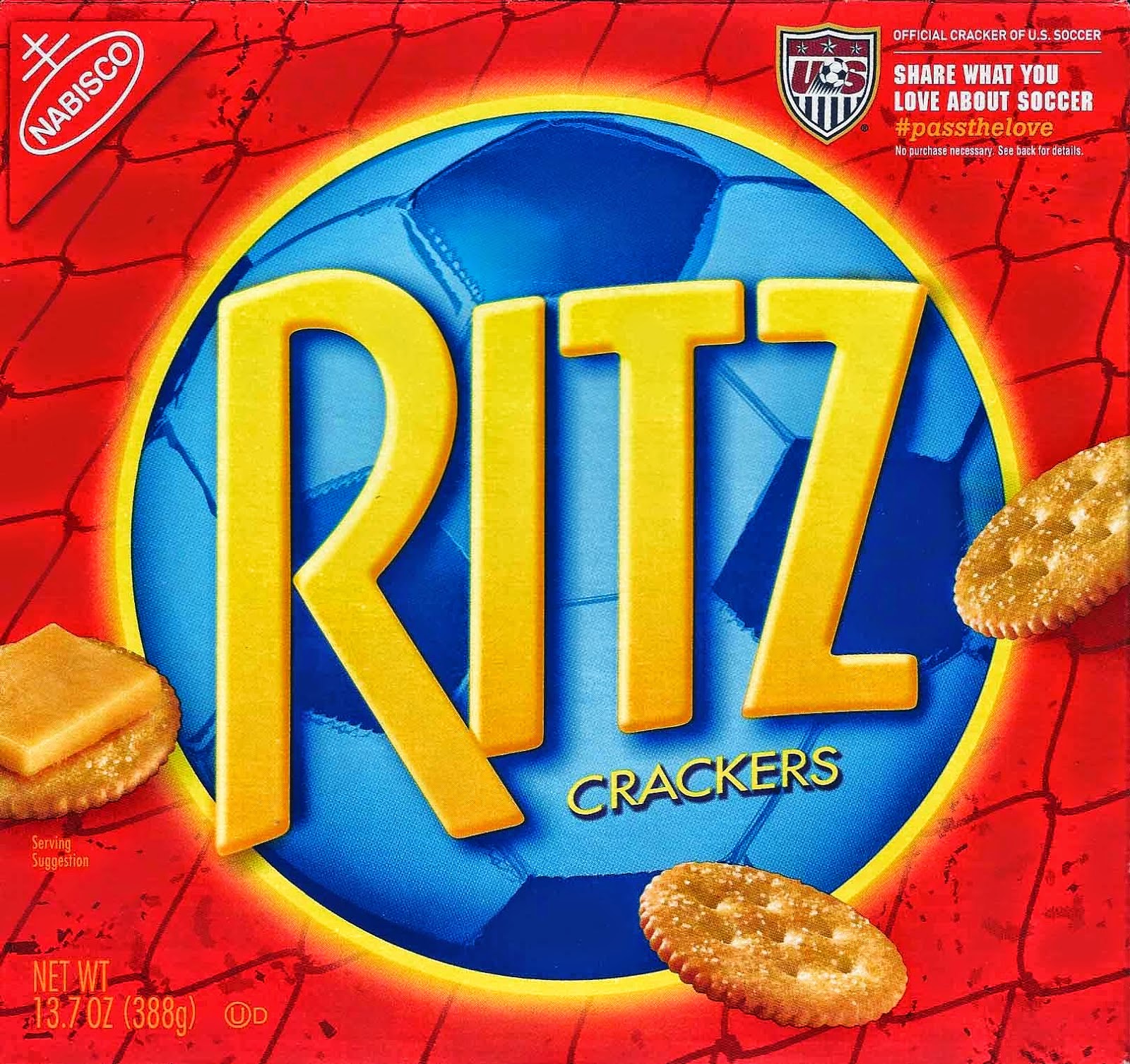 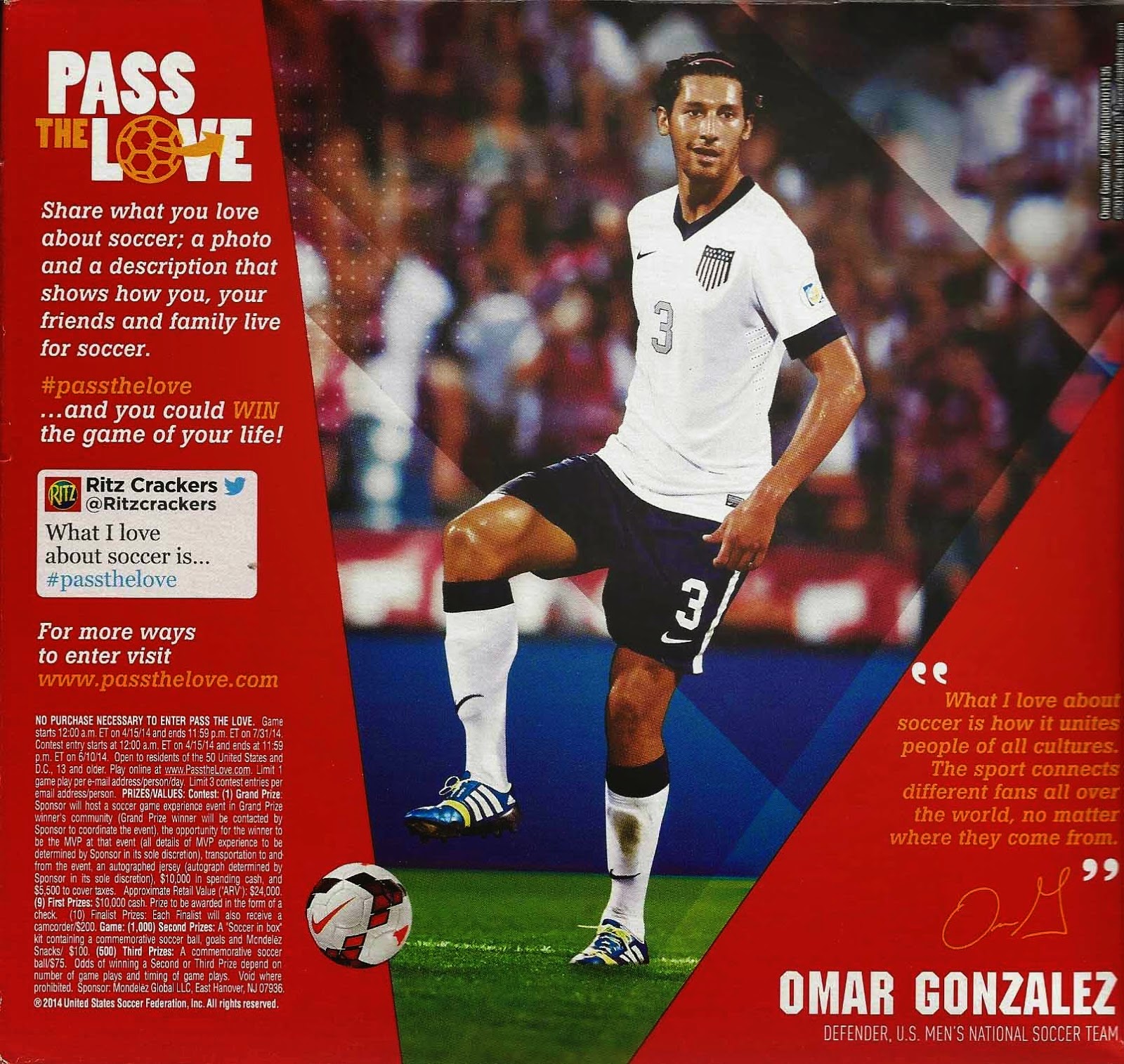 Ritz Crackers box back
One of the most popular give-aways at the Nabisco tent were these "big head" hand fans. There were 3 different players issued:
1. Clint Dempsey
2. Omar Gonzales
3. Alex Morgan 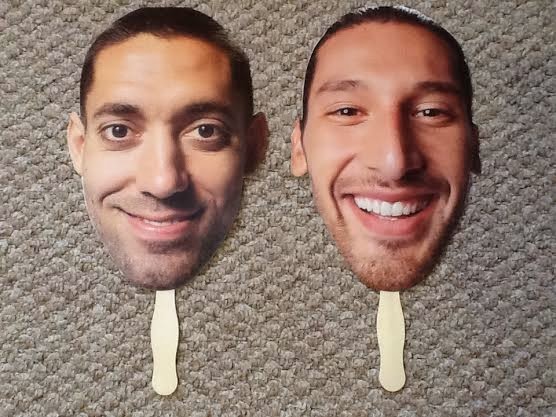 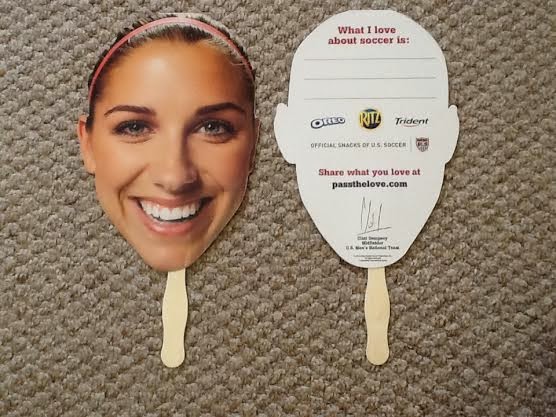 USWNT starlet Morgan and reverse of fans
There were free cookies and crackers as well as sun glasses and wrist bands all depicting US Soccer.
For traditionalist, Allstate Insurance had a winning give-away with their colorful soccer scarf. Made of a light weight silk the two-sided scarf was part of a great chant and exhibition by the American Outlaws supporters group. 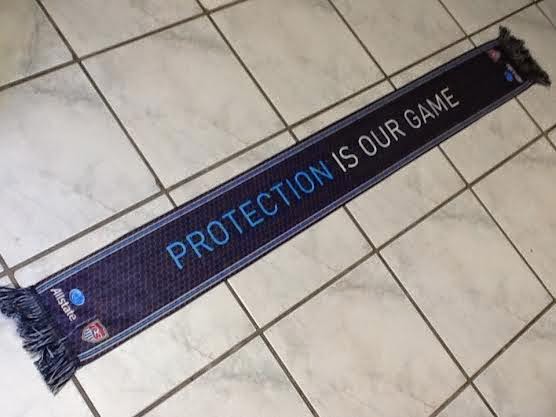 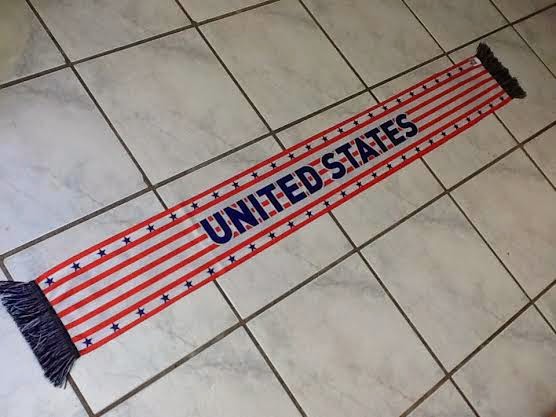 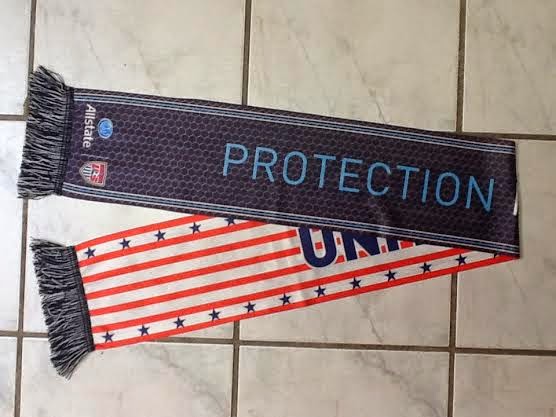 Among the other items that proved popular were the estimated thousand PANINI World Cup sticker albums that were given away. The albums includes 10 starter stickers. 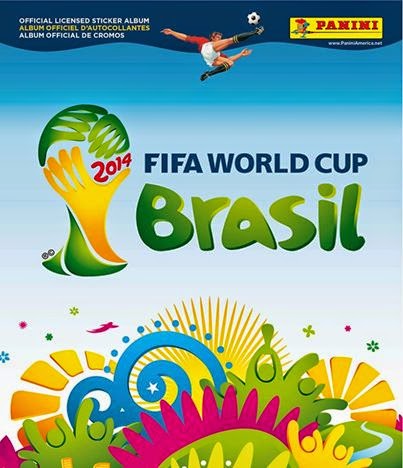 All in all a great day !