News out of the World Cup arena has the country of Brazil worried about running of beer during the tournament in South Africa. Brazil, the 4th largest consumer of beer (behind USA, German and China) has gone to the measures of importing copious amounts of the brew to quench their thirsty soccer fans.

Meanwhile, in England, the governament has advocated having televisions put in offices and factories to make sure production does not decreased. The thought process is that if workers can watch the games, it will prevent them from calling in sick and preventing a greater slow down of work. 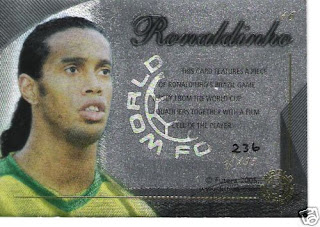 Lastly, while many of the great stars will be attending the 2010 World Championship,  Brazilian magician - Ronaldinho - will not be there. However, he is on the tour of North America with his Italian club AC Milan. Here is throwing out the first pitch of the Chicago Cubs day game prior to his night match against the CHICAGO FIRE. 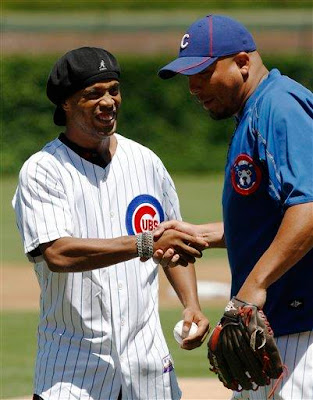 I love baseball so i decided that on this baseball world cup i will go at ground for live watching for this purpose me and my friends decided that we will wear in different styles and colors soccer jerseys.