Celebrating Father's Day watching the World Cup cannot get any better ... or can it ?
For the US National Team Coach Bob Bradley, having his son tuck away the comeback equalizer against Slovenia is a pretty cool early gift  for Dad. 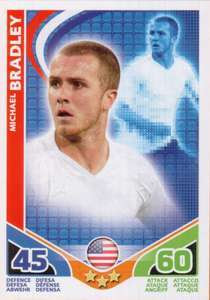 But the Bradleys are not alone, as the father/son, coach/player situtation was also occasioned for Slovakia's match today. Vlademir Weiss - Junior and Senior join their Grandfather also named Vlademir Weiss, who played internationally for the former Czechoslovakia as three generations representing their nation. 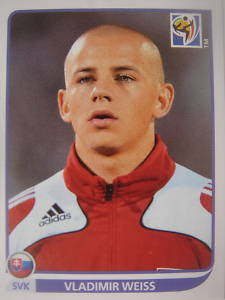 To top the Weiss' liniege of internationals, the Mexican family of Javier Hernandez, Jr. can claim a third member who has appeared at the World Cup. Current Manchester United youngster Javier is the son of Javier Hernandez Gutierez, a 1986 World Cup participant.
Even more fascinating, his Grandfather (Tomas Balcazar) was age 22 when he scored against France in the 1954 World Cup. Twenty-two year old Javier, Jr. came on as a sub in this 2010 World Cup against France and scored ! 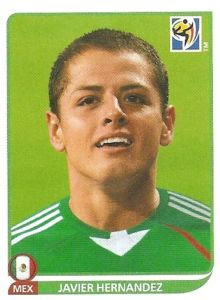 One of the proudest Dads has to be the father of the Palacios brothers - Wilson, Johnny and Jerry. All three are on the 2010 Honduras World Cup team. Jerry was added late only after the injury to Julio Cesar de Leon. A fourth brother was also a footballer. He was kidknapped for ransom but was later found dead after $150,000 had been paid. The brothers have dedicated their World Cup to him. 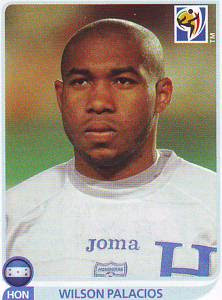 Here's to wishing every Father a memorable day during this World Cup.
Posted by Chuck's Used Cards at 8:13 AM