Now that we begin a new decade ... um, no, I'm not going to do one of those features. According to the Mayan calendar we got 730 days from January 1st to live life as we know it. So ... we might as well bring in some important issues, survival training methods ... um ... never mind.

What is always as interesting to me is comparing fact with fiction. Like the following cases, these characters were depicted in real life and also in fiction. WYATT EARP, the wild west lawman, was played by several actors throughout the years. He even made a fictional appearence within a fictional series - played so aptly by Ron Soble in the original STAR TREK tv show.

However, the closest look-alike to a card was Kurt Russell who portrayed Earp in TOMBSTONE. Russell looked just like this illustration on the 1956 Topps Roundup card. 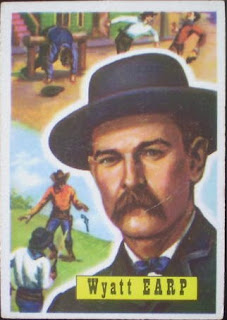 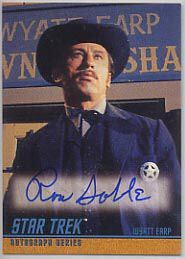 Stranded astronaut JIM LOVELL (seen here on a French trade card from the 1960s) was boldly played by TOM HANKS in APOLLO 13. They do not look alike. One if them is tough and gritty - your call. 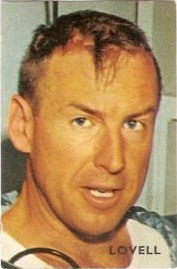 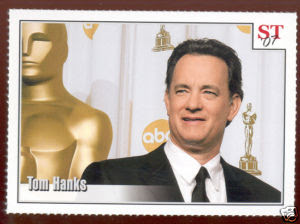 Pretty Woman actress Julia Roberts portrayed the big clevage, sexy, fiesty ERIN BROCKOVIC in the film of the same name. Although photographed much later than the movie - Brockovic is no has-been on her Heritage autograph card. 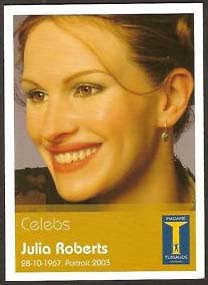 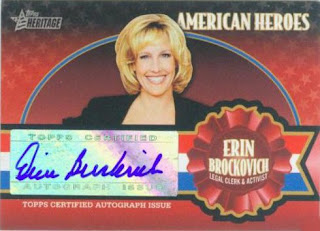 Who doesn't love a mystery ? Who doesn't love money ? Why not have both. The legend of D.B. Cooper(actually named Dan), the name listed on the passenger manifest of the 1970's high-jacked airliner,  reaped a handsome ransom $$$$ without ever being caught.

It wasn't until I was watching the re-runs of the tv show LAS VEGAS that I realized the character played by Tom Selleck (Magnum P.I.) was call Mr. Cooper. He had a mysterious background, was extremely wealthy and had a covert knowledge of many things. Where else would you spend untracked money but Vegas ?

Although he owned the hotel and was a powerful man, he insisted that people just call him "Coop". These were characteristics of the suspect that intercted with the stewardess' of the mysterious flight. 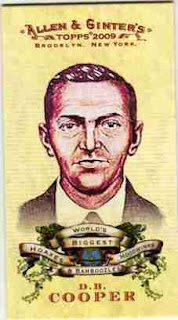 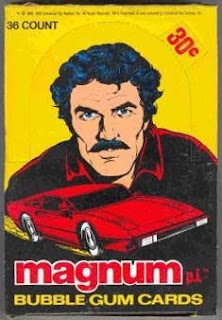