Out of This World - Space Exploration

A few days ago I attended and estate sale that featured lots of household items. The owner also had a significant oriental art collection. As I went from room to room I heard the bargain prices the relatives were dishing out. As I came into the parlor, a few objects caught my eye.

As I asked about the items the owner's son explained that his father had been an engineer at NASA. 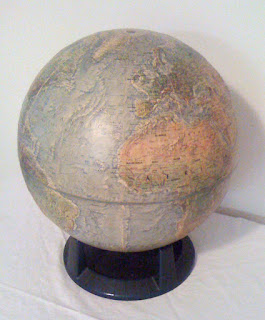 I picked up the globe (above) and knew it was vintage. Prior to the 1950's mankind was limited to the planet earth. When the Soviets launched SPUTNIK, the first satellite, it began the space race. 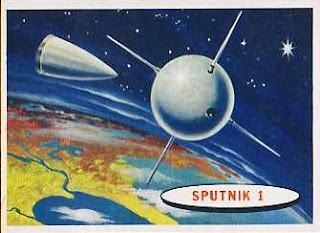 The owner of the items had been with the space program since the early days and worked up to the HUBBLE  program around 1979. 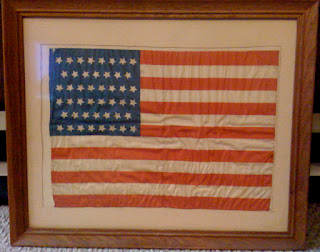 I found this flag with 48 stars. Its size was consistent with ones NASA used up through the man spaced programs of today (17 x 12 inches). I'm certain it hung in the offices at NASA. 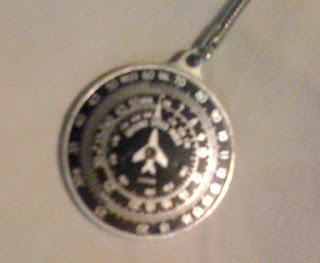 Before more modern hand-held instruments, pilots and engineers could compute calculations on mathematical dials (like above).

Before we could send men into space, we had to have a better look at our universe. The vehicle for doing so was the satellite.

I found 3 desk models of satellites that the original owner worked on at NASA.  Although probably not one-of-a-kind artifacts, they were likely limited to a few VIPs and the team that engineered them. 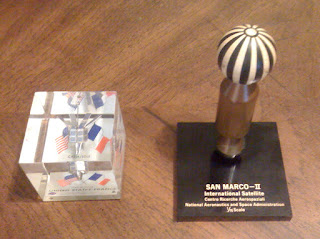 The EXPLORER XVIII (below) was the 1st interplanetary monitoring platform spacecraft ever launched. It was sent into space in 1964. 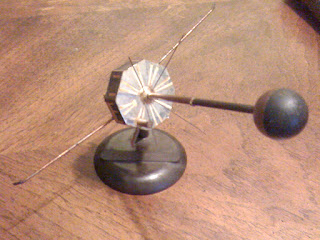 The CAS-A / EOLE was a joint program from 1971 between NASA and France's Centre National d'Etudes Spatiales (CNES) is commemorated in this cubed model (below). 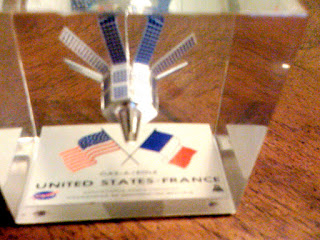 The SAN MARCO II  (below) from 1967 was a collaboration of NASA with the Italian Space Commission on an early long range radio satellite. Ironically, the radio is attributed to an Italian inventor (Marconi). 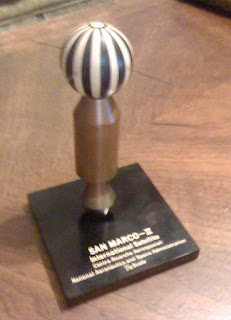 The satellite sits atop a section that looks very similar to the space module used during the APOLLO programs.

I was very pleased to find these artifacts from our planet's exploration history.

Thanks Paul. When you reflect on it, no TV sports, no GPS in our cars, no long distance telephone without those far out orbs.