EUSEBIO da Silva Ferreira, the Portuguese soccer legend, passed this Sunday. Long before the world heard of Cristiano Ronaldo, Eusebio had put Portugal on the footballing map.
Almost single handedly (or by foot), "The Black Panther" dethroned Real Madrid and then Barcelona in the 1961 and 1962 Champions League (European Cup). He made Benfica a power house scoring over 300 goals for the club. 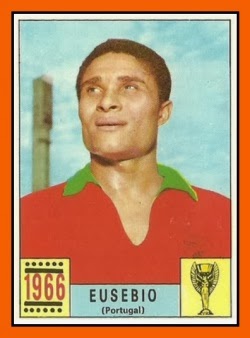 1970 Panini Eusebio - star of the '66 Tournament
He set the pace for the 1966 FIFA World Cup as top goal scorer. When Pele was knocked out through injury, Eusebio took the center stage in England.
Like many of the superstars of the 1960's, Eusebio joined the old NASL bringing his legend to America. First with Boston in 1975, then leading Toronto the NASL Championship in 1976. He finished his NASL playing days with the Las Vegas Quicksilver. 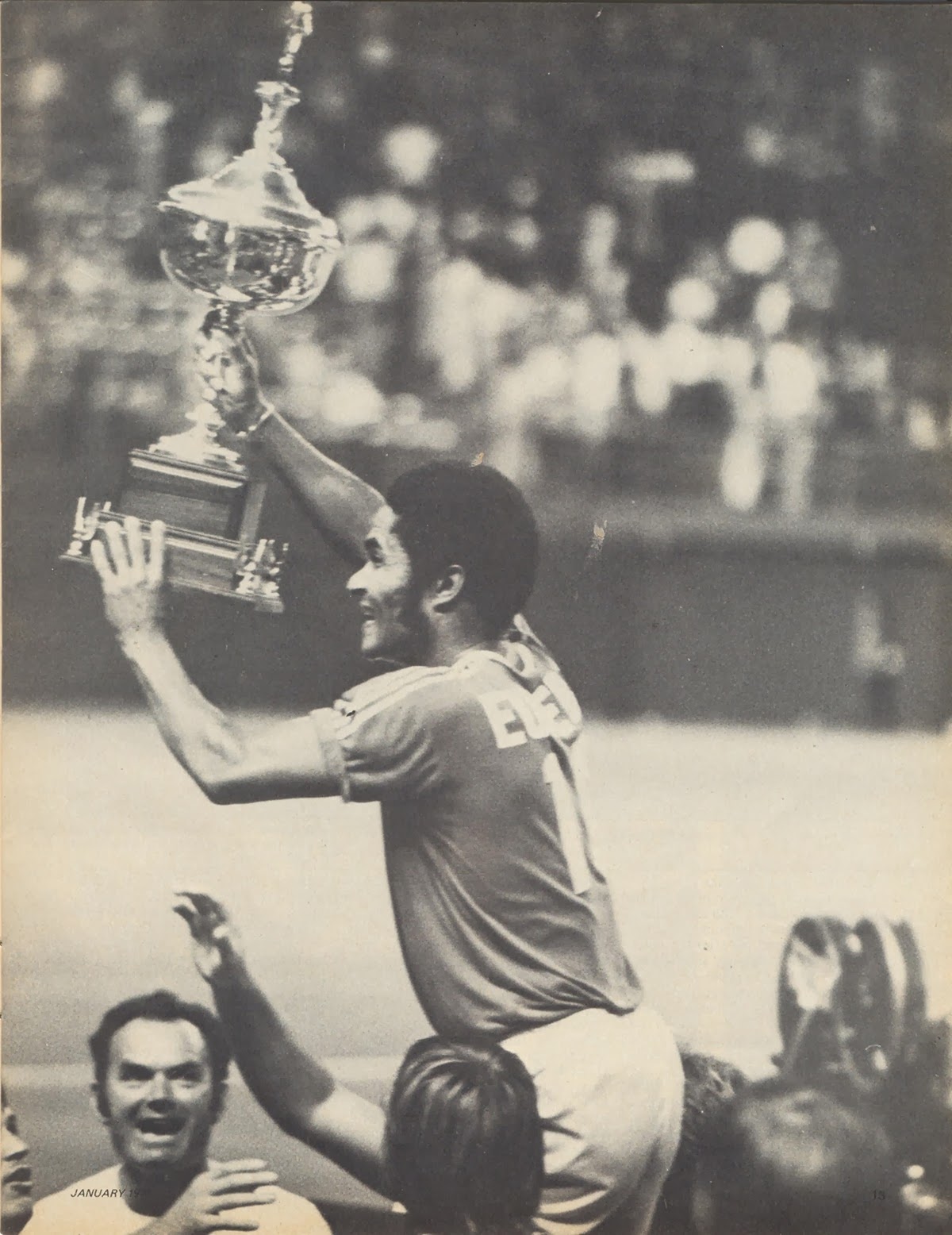 Eusebio is carried aloft with the 1976 NASL trophy
While he did not make the impression or the money that Pele did when he joined the NASL, Eusebio did leave his mark. He has something that Pele does not - a statue in America. 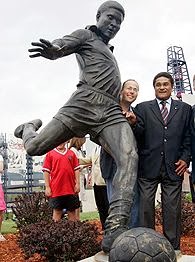 The Panther stands behind his bronze likeness in Massachusetts.
Every Sunday New England Patriots fans file by a statue of a player kicking a soccer ball outside Gillettte Stadium. Few know who he is or what he's accomplished.
He is remembered fondly by North American soccer fans as well as millions around the world. 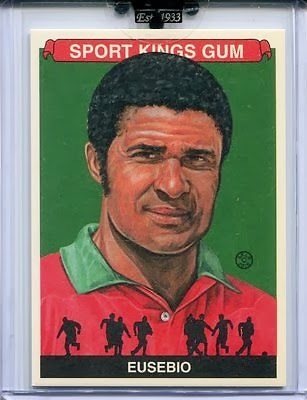