A recent ebay sale netted $118.76 for a 1962 Lampo - Pele card. With only 2 bidders, someone got a steal. To be fair, the item was coming from Italy, which is notorious for their diabolical postal system. Its a warning for every collector buying from the boot-shaped European nation. 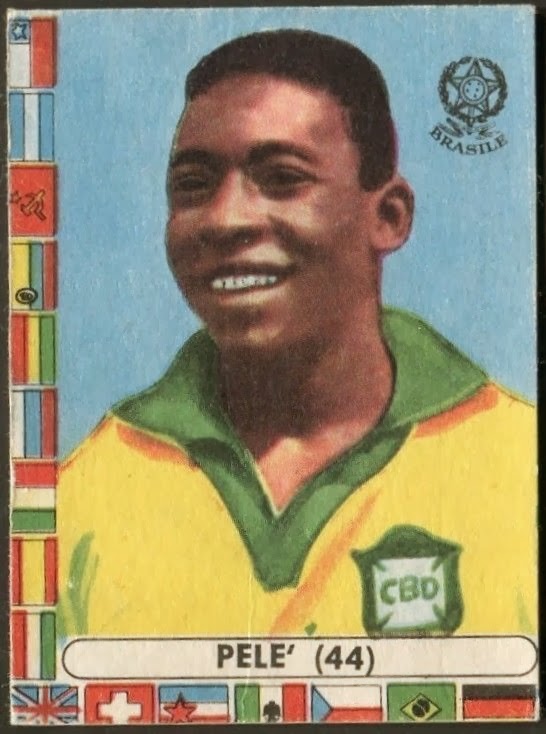 1962 Lampo- Pele'
However, if you have a good Italian connection that you trust, you can find some of the rarer soccer cards produced there. There were at least 5 soccer sets made in Italy to mark the 1962  FIFA World Cup in Chile. The Lampo are one of the harder to find. Their colorful design and color make them more sought after.
I was able to add 3 specimens from the 1962 Lampo Cile (1962 Sticker Chile) World Cup set. The Lampo are actually cardboard samples, but meant to be stuck into an album. I am certain that a bidding war would have put the previously mentioned PELE card over the $150-200 mark.
Meanwhile, I landed two players from the winning Brazilian Team: 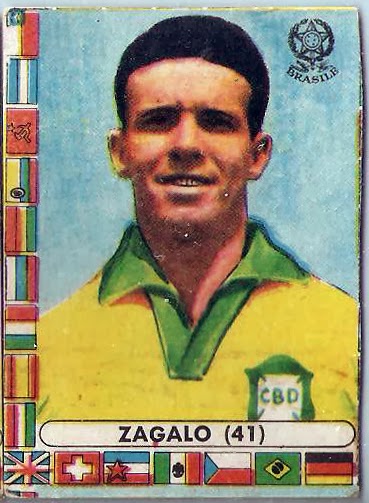 Mario Zagalo
Mario Zagalo was a useful midfielder who was instrumental in the 2nd World Championship for Brazil in Chile. He went on to the distinction of becoming the first person to win the FIFA World Cup both as a player and a manager. He performed the later as the coach of the 1970 side in Mexico. 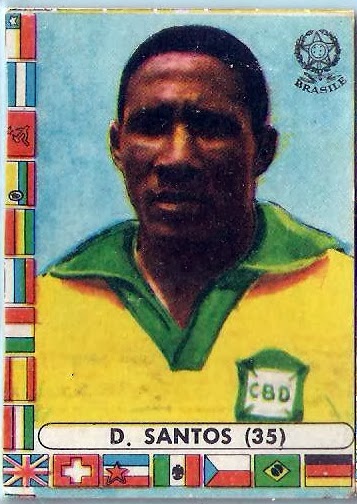 Djalma Santos
Arguably the best defender ever to come from Brazil, Djalma Santos was capped 98 times for Brazil, winning 2 of the 4 Final Tournaments in which he played (1954-1958-1962-1966).
He played almost 500 games for Palmeiras and another 400 plus for Portuguesa for an incredible 964 league matches. 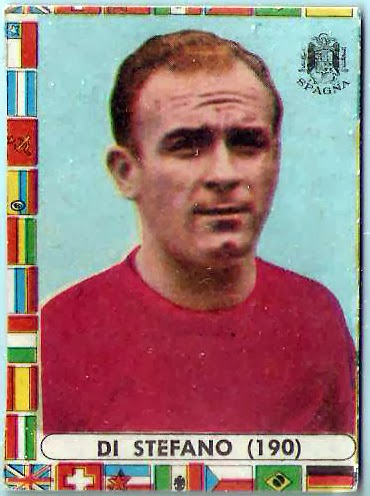 Alfredo Di Stefano
Most of the cards of Alfredo Di Stefano are limited to his Spanish League career with Real Madrid. However, as the Argentine became a naturalized citizen, he became eligible for Spain for the 1962 World Championship. The 3rd card I obtained depicts him in the red shirt of Spain.
With only 5 months before the 2014 FIFA World Cup in Brazil, I hope to feature some of the essential sets from 1950 to the present.

Hi there Chuck! I don't seem to find any email to contact you. I am also a collector of Pele cards and would love to contact you and see if we can help each other in any way. I am always interested in buying, but I have a bunch of really nice extras too for trading if you would be interested. Send me a mail to info@mysoccercards.com if you wish! Thank you!