When your become a super collector (or a nut case, depending on who you ask) you can often loose track of your possessions. When you move, things disappear. They find their own hiding place just to avoid having you paw them, stare at them and truly admire what you have.
At least that's what nut cases like me believe. I was looking to find one of my favorite soccer sets and they went into hiding. You see, this week MLS Spring Training begins and the New York Red Bulls are coming to town with the legendary THIERRY HENRY.
Henry was a World Cup Champion with France in 1998 and a runner up in 2002. He was European Champion in 2000 and a Premier League record holder with Arsenal.
But I digress. I wanted to checklist this set - which are actually chocolate wrappers rather than cards. I couldn't remember if Henry was in the set. Well he's not.  But the set is fantastic anyway ! 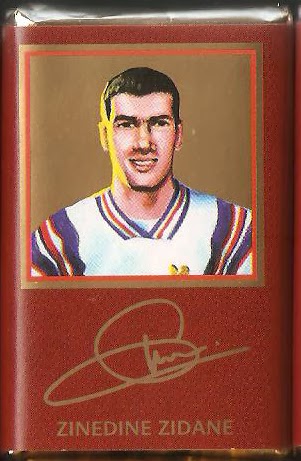 The great Zinedine Zidane imortalized
I was at a Paris airport when I found these - JEFF de  Bruges L'Equipe de FRANCE (Team France) Chocolates. I purchase as many as I could. They were available in a cardboard window box of 16 chocolates and a limited edition metal tin with 36 candies. I got both.
There were 4 flavors of chocolates which corresponded to the wrapper colors. Each wrapper had a reproduced painted portrait of a player, the Manager or the French Federation Crest. 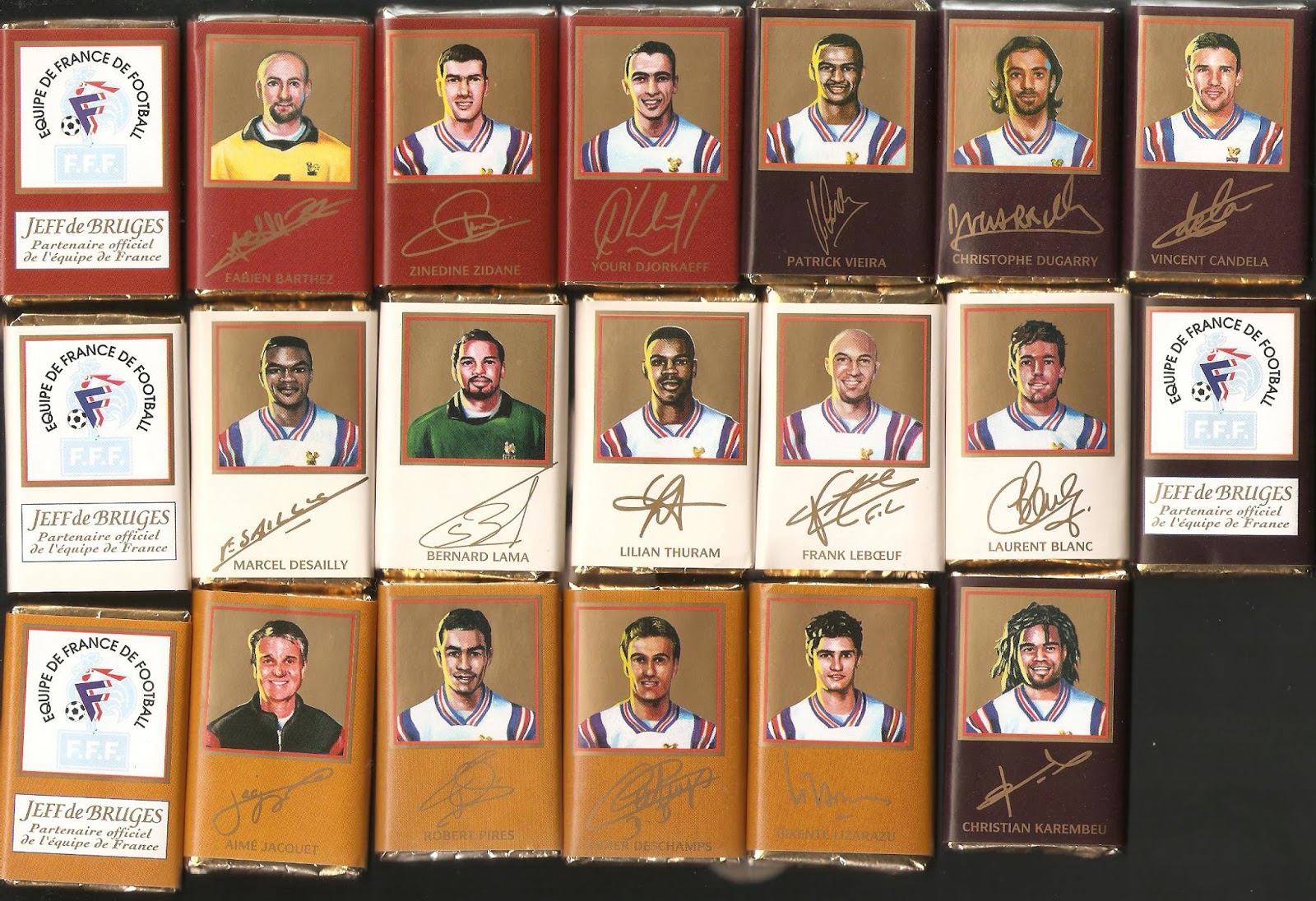 Among the many host countries that made collectables for the FIFA Tournament, the French payoff was one of the most talented teams in their history.